Hell By the Sea

I'll be in Wilmington NC (home of Jack Keller) this weekend, doing many panels and such at the Cape Fear Crime Festival. Also there will be my good friends Katy Munger, Alexandra Sokoloff, and the two hardest working men in show business, Stacey Cochran and Joe Konrath.

And, on Sunday at 2:00, Stacey, Alex, and I will be at Pomegranate Books on Park Avenue in Wilmington. A splendid time is guaranteed for all.
Posted by JD Rhoades at Thursday, October 25, 2007 0 comments

Mystery writer Mark Coggins takes you on a virtual tour of 891 Post Street, and the apartment where Dashiell Hammett lived and did some of his best work--the apartment that served as the model for Sam Spade's in The Maltese Falcon.

It's tiny, much smaller than I remember Spade's apartment being shown in the film. The tour definitely gives a new, claustrophobic feel to some of the scenes in the novel, especially the one where the cops visit Spade after Miles' murder.
Posted by JD Rhoades at Tuesday, October 23, 2007 3 comments 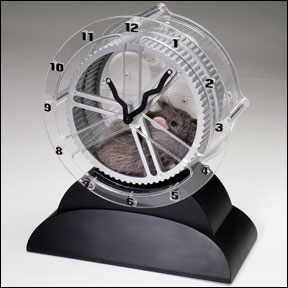 The endless variety of things that the human brain can devise has always fascinated me. But I'm also fond of gadgets that you look at and go, "Who the heck thought THIS was a good idea?" So, for your amusement and mine, this week's column is about stuff you never knew needed to be invented.

Always wanted to get into a fitness program, but knew you'd never do it unless you had someone to nag you? And, since you're carrying all that extra weight, it's unlikely you'll ever find a significant other to do the job? Well, fear not, lonely tubby guy. That Catch-22 has been solved by the Japanese cell phone company NTT DoCoMo and its new "fitness phone."

In addition to all the normal things you use a cell phone for, like playing games, taking candid photos, and listening to music, the Wellness Phone, as it's called, uses tiny sensors to record how much walking, running and climbing stairs you do and how many calories you burn during the day. Hold the tip of your finger to it, and it records your heart rate.

"Hold the phone with outstretched arms," reports the China Post, "and it turns into a mini body-fat calculator." (I'm still not sure how that last one works.) It even checks you breath. Blow on it, and a breath analyzer tells you if you need a mint.

All the while, the perky phone bombards you with advice and encouragement. "Don't worry," one message said, "tomorrow's a fresh new day. Keep your chin up!" Hopefully, it's built sturdy, because I have the feeling that the temptation to throw the thing against the nearest wall, then go have a doughnut, is a powerful one.

Then there's this: The desktop clock meets existential despair with Computergear's $24.99 "Rat Race Clock." Behind the clear Plexiglas clock face, a little mechanical rat on a treadmill runs endlessly as if he's the one making the clock hand go round and round. It's the perfect gift for the working man or woman in your life who needs reminding of the utter futility of his or her existence.

After staring at that little rat running all day, you're going to need a drink. Probably several. And if you like to imbibe in the great out-of-doors the way God intended, the folks at The American Tailgater company have got just the device for you. The "Daiquiri Whacker" is a heavy-duty blender powered by a two-stroke gas engine. According to the catalog, it is "powerful enough to whip up a batch of your favorite blended drink faster than you can say 'Dos Margaritas, por favor!'" If, that is, you're ever inclined to say such things. And if you are, please go drink with someone else.

When you're making toast in the morning, do you ever get worried that it's getting too brown? Or not brown enough? Is the preparation of breakfast an anxious time in which you're wracked with apprehension that, when the toast finally pops up and reveals itself, it won't be what you expected?

Me neither. But apparently someone feels that there are enough people like that in the world that we needed a transparent toaster. The idea, says the Website inventables.com, "is based on a transparent heating glass technology." Note that they don't know how to get it hot enough yet to make actual toast, but they're getting there. I think a large government research and development grant is in order here. If we can put a man on the moon, etc.

For years, man has been plagued by a scourge that has defied all his attempts to eradicate it. I'm talking, of course, about ear wax.

Oh, sure, you can clean your ears, but how do you know you're getting it all? Well, now, the science of fiber optics comes to the rescue with the Ear Wax Camera and Cleaner from King's Idea. It features a tiny camera on the end with the "cleaner" part and a handheld screen at the other so you can look into your own ear while you work and see your way around. "Now you don't need the help of another person," promises King's Idea.

Ummm ... OK. I suppose that's a plus, although I have to say, it never occurred to me to ask another person for help in cleaning my ears. Guess I'm just a rugged individualist.

Technology is a wonderful thing. It's helped us live longer, communicate better, and go places we never imagined we'd ever go. Milwaukee, for example. Sometimes, however, technology is just plain weird.
Posted by JD Rhoades at Sunday, October 21, 2007 7 comments