The cell was made up of four Algerian men who had applied for refugee status in Canada and were alleged members of the Salafist Group for Call and Combat, an Islamic group with ties to al-Qaida, which is banned in Canada and Algeria, the officials said.

Canada has struck a major blow against terror...

And they didn't even have to invade Iraq to do it.

Thanks for fighting them over here, Canada, because we're kind of tied up over there.
Posted by JD Rhoades at Friday, November 04, 2005 1 comments

The Rest of the Story

As I’ve written before, one of my favorite radio shows used to be Paul Harvey’s “The Rest of the Story.” In just a few minutes, Harvey would tell a short tale with a surprise or twist ending, often involving a famous person.

In a tribute to those shows, I’d like to offer my own episode of “The Rest of the Story.”

Fall 1990 was a bad time to be an American diplomat in Baghdad. Saddam Hussein had overrun Kuwait, and international tension was mounting toward what would soon explode into the First Gulf War. The American ambassador was out of the country, leaving an acting ambassador in her place.

Saddam Hussein began ratcheting up the pressure on the international community. He held a “photo op” with a number of British “guests,” as he blithely put it, including several women and a clearly terrified young boy. The message to the world was clear: These people are hostages. Attack Iraq and they’ll die.

The acting ambassador, after consulting with the CIA, decided that the best way to deal with Saddam’s mind games was to confront him head on. He began making snide public references to Saddam “hiding behind women’s skirts.” British Prime Minister Margaret Thatcher picked up the phrase. Saddam backed down, and the British citizens were released.

The acting ambassador and his staff helped get hundreds of American citizens out of the country. Almost 200, however, were not allowed to leave and were holed up in the U.S. embassy compound. Then Saddam issued a decree: All foreign citizens had to “register” with the Iraqi government — which they only could do by leaving the protection of the embassy and going to the designated government office. They would almost certainly be taken prisoner there and used further as human shields. The penalty for failing to register, or for aiding others in violating the edict, was death. There was no exemption for diplomats.

So on Sept. 20, 1990, the acting ambassador appeared at the morning press conference with a noose around his own neck instead of a necktie.

“If Saddam wants to hang me,” he said defiantly, “I’ll bring my own [bad word] rope.” The Iraqis withdrew their demand the next day.

As fall turned to winter, the pressure continued to mount. The acting ambassador and his staff continued to provide intelligence and analysis to Washington. When Admiral William Crowe, the former chairman of the Joint Chiefs of Staff, testified that economic sanctions would drive Saddam out of Kuwait in a year and a half, the acting ambassador fired off a cable to Washington, saying it would be at least a decade before that would work, a decade in which Saddam would have looted the Kuwaiti treasury.

Finally, after other Arab nations and Yasser Arafat put pressure on Saddam, he finally agreed to release the remaining people held hostage. The acting ambassador and a small staff stayed behind, “delighted,” as he put it, “that the number of Americans in danger had dropped from close to 200 to fewer than 10.”

Finally, war with Saddam became inevitable. On Jan. 12, 1991, on orders from Washington, the acting ambassador finally took down the American flag. He and his remaining few staffers were the last American diplomats out of the country.

Fourteen years later, the Bushistas and their willing mouthpieces in the press are vilifying this man. They’re calling him a liar, and an appeaser of terrorists. Some are even asserting that it is he whom Special Prosecutor Patrick Fitzgerald should be indicting.

What did he do wrong? Well, George W. Bush, the son of the man whom the ambassador served so well, decided he wanted his own war with Iraq. He decided that the way to get the American people to back that war was to convince the American people that Saddam was seeking nuclear weapons material, including uranium from the African country of Niger.

When the former diplomat went to Niger to find out, he found out that the documents upon which the claim was based were a clumsy forgery. And when the president repeated the claim in his State of the Union address, the former ambassador wrote an article debunking it. For that, the president’s men decided, he had to pay, despite his prior record of service. They smeared him in the press. They lied about what he had said, then called him the liar. And, finally, they destroyed his wife’s career and the cover of all of the people she had worked with by claiming the whole trip was cooked up by her in her job as a covert CIA agent working on weapons of mass destruction.

The hero who stood with a noose around his own neck and defied Saddam Hussein to hang him, the man who warned the first Bush administration that sanctions against Saddam were not going to work, the man who’s now being smeared by the Republicans as a liberal and liar, is the man at the center of the Valerie Plame controversy: Ambassador Joseph Wilson.

And now you know … the rest of the story. 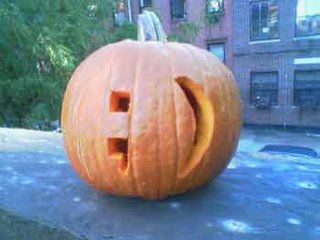