Want to Refute The Idea That There's a "War On Women"?

Once again, I am bemused to find myself rising to the defense of Hillary Clinton, not because I’m particularly thrilled about her, but because some of her attackers have made themselves so ridiculous.
It seems that the Republican Party, rent by its own internal civil war, unable to stop themselves from babbling about ideas that alienate women, Latinos and young people, and with their own strongest candidate imploding before the primaries even start, has decided that it’s a winning strategy to tear down Hillary by talking about her husband, former president and White House horndog Bill Clinton.

Kentucky senator and supposed presidential aspirant Rand Paul got the ball rolling when he responded to accusations of a Republican “War on Women” by pointing the finger at the former president.
“One of the work place laws and rules that I think are good is that bosses shouldn’t prey on young interns in their office,” he said. “I think really the media seems to have given President Clinton a pass on this. He took advantage of a girl that was 20 years old and an intern in his office.”
A pass? Apparently the Honorable Gentleman from Kentucky was in some kind of coma in the late ’90s. You couldn’t turn on the TV without hearing a solemn discussion of when the president got his freak on, where he did it, and what it all meant. Sen. Paul apparently never had to leap to the remote to cut the news off when small children were in the room and the evening news anchors started discussing oral sex.
Paul went on: “Now, it’s not Hillary’s fault. But it is a factor in judging Bill Clinton in history.” So if it’s not the candidate’s fault, why bring it up? A bit disingenuous, no?
Clearly, Sen. Paul has decided that the best way to reach out to young voters is to talk about something that happened when they were infants, and the best way to address a female candidate’s record is by talking about her husband’s infidelity before the turn of this century.
A few days later, RNC Chairman Reince Preibus cited what he called a “truckload of opposition research on Hillary Clinton” to indicate his own willingness to party like it’s 1998. “Some things may be old,” he said, “and some things might be new. But I think everything is at stake when you’re talking about the leader of the free world.”
In an interview with MSNBC’s Andrea Mitchell, Preibus described the release of old documents held by a close friend of Clinton’s at the time of the Lewinsky scandal as “significant.” Perhaps the candidate’s theme song for 2016 should be Jethro Tull’s “Living In the Past.”
As I’ve said before in these pages, I’ve never been that huge a Clinton fan. She’s one of those Democrats that I’ve described as Republican Lite. She always seems to go for the safe choice, rather than the bold one. And when it came time in 2008 to pick a campaign song, she picked an awful Céline Dion number over the Temptations.
But then I look at the alternatives in the Republican Party, and I see the biggest bunch of retreads, has-beens, whackaloons, and grifters it’s ever been my misfortune to behold. And they keep flogging the same losing message: “Be afraid! Those People are coming to take your stuff!” — with “Those People” (aka “the 47 percent”) being variously defined as women, immigrants, minorities, gays, the unemployed, and pretty much anyone who’s not rich, white, male, and angry.
Here’s the thing. The way to stop people from thinking your party’s waging a “War on Women” is not to go “Nuh-uh! YOU are! Your candidate’s husband messed around on her with a younger woman 20 years ago!” 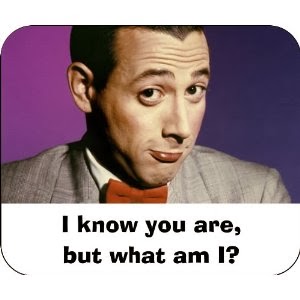 The way to stop people thinking you’re waging a “War on Women” is to stop attacking them. Stop trying to take away their reproductive freedom. Stop babbling about concepts like “legitimate rape” and saying pregnancy resulting from rape is “what God intended to happen.” Stop demanding that women face invasive and unnecessary ultrasounds to get an abortion. Stop calling young women “sluts” because they want the insurance they pay or work for to cover contraception, the same way men’s insurance covers ED drugs.
Stop repealing or trying to repeal equal pay provisions, as Republican hero Scott Walker did in Wisconsin. Stop attacking a female politician because her husband fooled around on her. And stop supporting, defending, and coddling those who do.
Posted by JD Rhoades at Sunday, February 16, 2014 1 comments