And I'm not sure why....I changed the blog name a few days ago, to honor the new book. For some reason, I stopped updating over at CrimeSpot.net, which was a drag because I'd been getting some traffic from there. So I changed the name back. Still not updating. And Graham won't answer my e-mails.

Sigh. Might as well leave the blog name where it was...
Posted by JD Rhoades at Saturday, March 25, 2006 2 comments 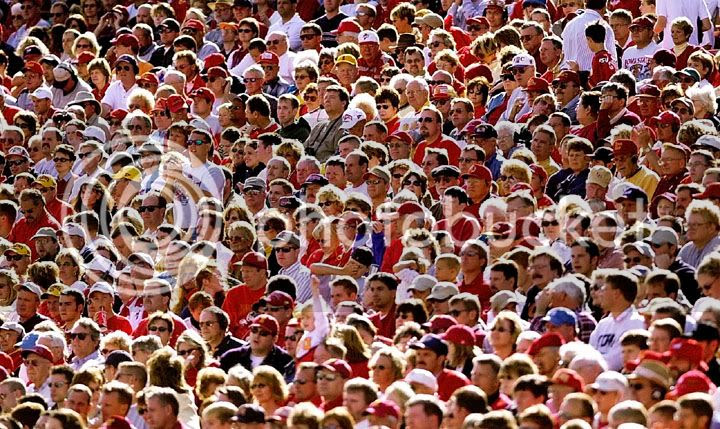 Massive crowds swarm outside local bookstores, lining up for the release of J.D. Rhoades' latest Jack Keller adventure,
Good Day In Hell.
It's the official publication date for Good Day in Hell. All the cool kids will be getting it, so better snag your copy now before they run out.
Posted by JD Rhoades at Tuesday, March 21, 2006 4 comments

Duane Swierczynski, over at the always fascinating Secret Dead Blog, posts an interview this morning with your Humble Narrator, and has some nice things to say about Good Day In Hell. In return, I promise that I will devote my day to learning how to type "Swierczynski" from memory without having to check the spelling five times.

My good friends, I have a momentous decision to announce.

For years, I have proudly listed my voter registration as “Unaffiliated.” I’ve been proud of my stance as a political independent. But in these troubled times, with deep divisions that have rent our country, I think it’s time I made a stand and declared for one party or the other.

So I’ve decided to become a Republican.

I know this comes as a shock to some of you. And, I confess, it wasn’t an easy decision for me. After all, there are a lot of things that the Republicans have claimed to stand for lately that I don’t agree with: Teaching religious theories in the public schools. Warrantless wiretaps in blatant disregard of well-established law. Stuff like that.

But then I looked around and I realized that all of that stuff is just window dressing. The current Republican Party stands for just one principle. That principle is summed up in the acronym IOKIYAR, which stands for It’s OK If You’re A Republican.

I think, deep down, I’ve known about this for years. I mean, Republicans continued to lionize former Education Secretary William Bennett, even after it was revealed in 2003 that Bennett had lost up to $8 million at the Las Vegas gambling tables.

Now, if I were a famous Democrat, losing $8,000, much less $8 million, would get me pilloried by every right-wing pundit in Christendom. But not ol’ Gamblin’ Bill. It’s nobody’s business, right-wing pundits insisted. It’s a victimless crime, after all. What they were really saying, of course is: IOKIYAR.

Then there’s Rudy Giuliani. Rudy’s had, shall we say, a little fidelity problem. At one point, his wife had to get a restraining order to keep Rudy from moving his mistress into the mayoral mansion, considering that said wife and kids were still living in the mansion at the time.

If a Democratic elected official gets accused of a little extramarital hanky-panky in the house provided for him by the government — well, need I say more? But IOKIYAR! Rudy was invited to be a keynote speaker at the Republican Convention. He’s even being touted as a possible successor to Lord Dubbya Bush.

I could go on. Rush Limbaugh’s admitted prescription drug addiction. Sexual predator Bill O’Reilly’s obscene phone calls and falafel fetish. And, of course, there’s Dick Cheney’s whole shooting your buddy in the face and telling the police to buzz off till the next morning thing. These guys aren’t just tolerated by the GOP. They’re heroes.

I took note of all of these things at the time they were happening. Fool that I am, however, I never realized what IOKIYAR could mean for me personally.

But the scales finally fell from my eyes after I heard the story of former Bush domestic policy adviser Claude Allen.

Allen, a former aide to Republican icon Jesse Helms, a former Bush nominee for a judgeship in the Fourth Circuit, recently left his cushy job at the White House to “spend more time with his family.” Then, in a shocking twist, Allen was arrested and charged with, of all things, defrauding Target stores. Allegedly, Allen was buying merchandise, taking it to his car, going back in with the receipt, picking the same item off the shelves, and going to the service desk and demanding a refund.

Now, a black Democratic politican (say, Jesse Jackson) accused of this sort of thing would be lucky not to be given a symbolic public flogging of Clintonian proportions. It’s absolutely true that a person in Allen’s position committing this type of offense is showing signs of a serious mental illness and that he deserves our sympathy.

I doubt seriously, however, that a Democrat, if caught committing petty theft, could expect any sympathy from the compassionate conservatives of the right. But that’s exactly what Allen’s getting from no less a source than the president his ownself.

“If the allegations are true, something went wrong in Claude Allen’s life, and that is really sad,” George Dubbya said after hearing the news.

And if Republican pundits and bloggers mention it at all, their tone ranges from sympathy for Allen’s plight, to suggestions that the crime was actually committed by Allen’s “Evil Twin” (no, I didn’t make that up) to (and this is the most common) indignation at those awful, awful, AWFUL liberals for daring to even bring this up.

And that’s when it hit me. The Republican Party is the place for me. Because whether it’s adultery, drug addiction, gambling or petty theft, you can always count on the party to pull together, circle the wagons and back you up.

Not that I’m planning any of those things, of course, but, you know, stuff happens. And it’s got to be a warm and fuzzy feeling to know that, whatever your personal failings or peccadilloes, IOKIYAR. Next week, I’m headed down to join up.

Now if I could only get my wife on board with this …
Posted by JD Rhoades at Sunday, March 19, 2006 2 comments