And Now, a Little More BSP

"Breaking Cover," by North Carolina lawyer J.D. Rhoades, is terrific. It kind of eases readers up to the hook like a good fly fisherman, with comfortable opening pages, then yanks the hook deep along about Page 12 or so, and after that the reader is just done for, like a trout dancing in a stream at the end of a long line.

Dance around all you want; you're going to stick with this book, which is a stand-alone from the author of the Jack Keller series.

A big thanks to reviewer John Orr!

Return of the Jed-I: What Sarah Palin Could Learn From the Beverly Hillbillies 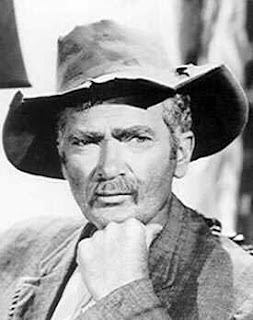 Well, I thought former VP candidate Sarah Palin was going to drop off the radar after the Republicans' disastrous showing in the recent election. Made me kind of sad, really. I haven't had such a reliable source of material for mockery since I discovered PETA.

But it looks like I didn't need to be depressed. Caribou Barbie popped back up recently in an interview in which, in true wingnut fashion, she blamed everyone but herself for the troubles of the McCain campaign. She seems to have a particular ax to grind against Katie Couric.

"Katie," she said, "you're not the center of everyone's universe."

The Palin fans still remaining in the Republican Party seem determined to turn the GOP into the anti-smart-people party, because smart people don't cotton to Gov. Palin's "folksy, down-home" style. The Palin Renaissance, however, apparently includes purging even the remaining smart people within the GOP itself.

A recent blog post by right-winger Robert Stacy McCain (who bills himself as "The Other McCain") takes the "conservative intellectuals" within the Republican Party to task: "That born-again, down-to-earth, drawling Texas thing," Other McCain writes, "somehow, it had once made Bush seem like Gary Cooper in "High Noon." But as the disasters mounted and the poll numbers headed southward, that Gary Cooper glow faded and these conservative intellectuals turned on their TVs to behold, with unspeakable horror, President Jethro Bodine."

You know, Other McCain, I'm glad you chose that analogy. Because if there's one thing I know plenty about, it's "The Beverly Hillbillies." I've spent many a happy hour before the tube, ruminating about the wacky Clampett clan and what their popularity tells us about our attitudes toward wealth and class issues. So allow me to retort.

If you're going to use a Beverly Hillbillies-based analogy, Other McCain, you'd be more accurate in saying that with George Dubbya Bush, people thought they were voting for Uncle Jed. Jed may have been uneducated, but he was calm, wise, and a peacemaker at heart. Jed was also a thoughtful man. When he had a difficult problem, he'd sit down and whittle for a spell until he thought of a solution. Jed was a guy you could count on in a crisis.

Unfortunately, what people got with George Dubbya Bush was not Jed, but rather, as Other McCain correctly points out, Jed's nephew Jethro: arrogantly convinced of his own rightness and full of crazy half-baked schemes that he thought were brilliant but which always ended in disaster.

The Other McCain goes on to say that those same "conservative intellectuals" turned on Palin, not because she was a trainwreck of a candidate, but because they were projecting their snotty smart-person disappointments with Bush onto her.

"The conservative intellectuals," he scolds, "looked at her and saw Vice President Ellie May Clampett."

Well, no. Ellie May was noted not only for her hotness, but also for her sweetness. Oh, she could kick the snot out of Jethro if she had to, but mostly she was devoted to the care of her "critters." It's hard to imagine Ellie May talking about someone "pallin' around with terrorists."

Sarah Palin, in contrast, came off as an attack dog. Palin, sad to say, was more like Granny than Ellie May. Granny (aka Daisy Moses, late of Napoleon, Tenn.) was, like Palin, belligerent, prone to dramatics, and shall we say, a little fuzzy on her history. Granny thought the South won the Civil War; Sarah Palin insisted she'd said "no thanks" to the Bridge to Nowhere.

It's important to remember this fact: Granny, like Jethro, rarely if ever prevailed. In fact, most of the show's plots involved Jed trying to mitigate the damage from Jethro and Granny's crazy ideas and antics. And, lest we forget, Jed wasn't above enlisting the help of the only intellectual on the show, the long-suffering Miss Jane.

Here's the secret to that folksy, down-home, unschooled persona: It works only so long as the person exhibits some sort of innate wit or intelligence. It works even better if the apparent simpleton can slip in some zingers that deflate the pompous eggheads.

Look at Ronald Reagan. Reagan could pull off folksy and down-home, despite his years in Hollywood, because (a) as an actor, he actually could think on his feet and come up with the occasional good line, and (b) he had some decent speechwriters for when he couldn't do it on his own.

In short, if you want to learn how to do the down-home folksy thing right as a politician, you definitely should study up on your "Beverly Hillbillies." But you need to be more Jed and less Jethro or Granny. If Sarah Palin had just taken that lesson, she might be a heartbeat away from the presidency today.
Posted by JD Rhoades at Saturday, January 17, 2009 3 comments

Jay Nordlinger gets all pissy at the National Review:

It seems to me that the Left has won: utterly and decisively. What I mean is, the Saturday Night Live, Jon Stewart, Bill Maher mentality has prevailed. They decide what a person’s image is, and those images stick. They are the ones who say that Cheney’s a monster, W.’s stupid, and Palin’s a bimbo. And the country, apparently, follows....

A country that believes that Cheney’s a monster, W.’s stupid, and Palin’s a bimbo is a country with its head up its . . .
Heh. Remember how aghast wingnuts were when those awful traitorous Democrats dared to be unhappy about the narrow (if even that) victory of their Dear Leader? How dare they question the wisdom of the voters?

Guess We Know Who's In Charge

WASHINGTON — In an unusually public rebuke, Prime Minister Ehud Olmert of Israel said Monday that Secretary of State Condoleezza Rice had been forced to abstain from a United Nations resolution on Gaza that she helped draft, after Mr. Olmert placed a phone call to President Bush.

“I said, ‘Get me President Bush on the phone,’ ” Mr. Olmert said in a speech in the southern Israeli city of Ashkelon, according to The Associated Press. “They said he was in the middle of giving a speech in Philadelphia. I said I didn’t care: ‘I need to talk to him now,’ ” Mr. Olmert continued. “He got off the podium and spoke to me.”

Israel opposed the resolution, which called for a halt to the fighting in Gaza, because the government said it did not provide for Israel’s security. It passed 14 to 0, with the United States abstaining.

Mr. Olmert claimed that once he made his case to Mr. Bush, the president called Ms. Rice and told her to abstain. “She was left pretty embarrassed,” Mr. Olmert said, according to The A.P.

However you feel about the Israeli/Palestinian mess in Gaza, the image of the President of the United States letting himself be called on the carpet like some junior associate ought to piss any American off.

Frankly, I think both sides of the conflict have behaved in a way that's insanely counterproductive. Hamas tries to goad Israel into an operation in which hundreds, perhaps thousands of Palestinian civilians will be killed. Israel obligingly roars into Gaza and kills hundreds, perhaps thousands of civilians. Palestinians hate Israel more than ever, and extremists harvest more recruits from the families of the dead and wounded. Now you tell me...who's in control of that situation? Who's accomplished their objectives? This isn't a war: it's an extremist recruiting drive, with the IDF as the best recruiters Hamas ever had.

Hamas may be monsters, but the Israelis are saps for falling for the same trap over and over.

All that said, I am sick of this so-called "policy" where Israel says "jump" and Bush goes "how high?"