It's the Next Logical Step

Well, why not? Right wingers (and some leftists) have been debating for years with an imaginary Obama who exists only in their imaginations.

"Obama should know that Marxism doesn't work!" Which is why he's not a Marxist.

"I don't want me or my special needs son to have to appear in front of Obama's Death Panel!" Good for you. There ain't no such animal, and never was.

Wow. I Thought Those People Were Supposed to Be So Polite

Sarah Palin snub by Margaret Thatcher aides infuriates US rightwing
The story: The Wasilla Snowbilly will be visiting London next month as part of her non-campaign for the Presidency. She will not, however, be meeting with conservative heroine Margaret Thatcher despite her desire to do so:

One Thatcher ally told the Guardian: "Lady Thatcher will not be seeing Sarah Palin. That would be belittling for Margaret. Sarah Palin is nuts."

Does anyone else find the most surprising thing about this story is that Margaret Thatcher is still alive?

Allison Brennan Hits One Out of the Park 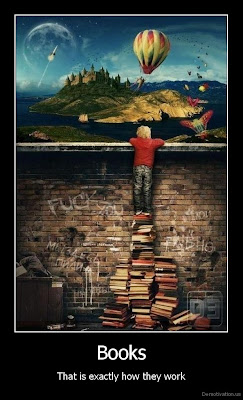 Over at Murderati, Allison Brennan gives an impassioned response to the recent Wall Street Journal Op-Ed slamming a lot of recent Young Adult novels as being "too dark." Read it. Now.
Posted by JD Rhoades at Sunday, June 05, 2011 2 comments