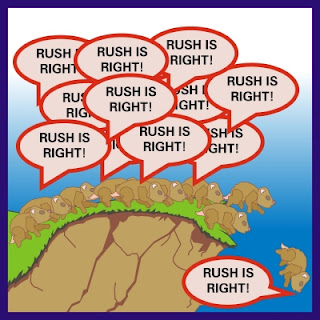 Here's a news flash, GOP: You're not going to win the votes of African-Americans, the majority of whom are working people, by acting like all anyone darker than you wants to do is lie around the projects collecting welfare and committing voter fraud. You're not going to win the votes of Latinos by backing laws that assume that every one of them is illegal until they prove otherwise.
You're not going to win the votes of young people by acting as if the desire for educational opportunity makes them parasites, and by the way, that their openly gay and lesbian friends are abominations before God. You're not going to win the votes of women if you insist that their desire that the insurance they work or pay for covers contraception makes them lazy sluts who want free birth control pills so they can have sex all day.
This should not be hard to figure out. You don't win elections by insulting the people you need to vote for you. If you offend a sufficient number of minority groups, pretty soon you've offended a majority.
Republicans may try to take comfort in the fact that they held on to control of the House of Representatives.
But that doesn't mean that the "white makers vs. the grasping dark hordes" message is going to suddenly turn into a winner in 2016.
You may be able to hang on to a House seat in a district gerrymandered to put people who look, talk and think just like you in one place. But it won't win you the Senate or the White House. That requires outreach to all Americans. Just ask Paul Ryan, who held his "safe" House seat while losing his home state.
In a changing America, conservatives will win few victories by professing their love of country while openly loathing more than half of the people who live in it.
Posted by JD Rhoades at Sunday, November 18, 2012 1 comments