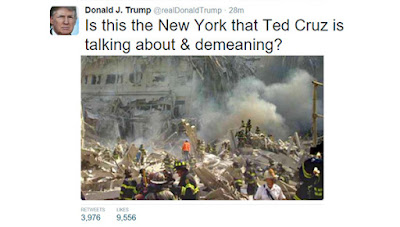 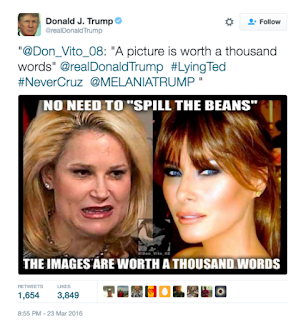 But, as with so many things about this election, just when you think they’ve hit rock-bottom, the GOP candidates call for the jackhammers. On the eve of the make-or-break Indiana primary, Trump basically claimed Cruz’s father (who, for the record, is actually bat-spit insane) was an unindicted co-conspirator in the death of John F. Kennedy. His source was a story in the National Enquirer that purported to show a picture of the senior Señor Cruz passing out pro-Castro pamphlets in New Orleans alongside Lee Harvey Oswald a few days before the assassination.
Cruz, as you might expect, completely lost what was left of his mind, raging that Trump is a “pathological liar,” “utterly amoral,” and a “serial philanderer” who “describes his own battles with venereal diseases as his own personal Vietnam.”
All totally true, of course. But sadly, Cruz’s meltdown, however truth-based, availed him nothing. He took a drubbing of epic proportions in Indiana, leaving Trump nearly alone at the top of the smoldering garbage fire this primary process has reduced the Republican Party to. Ohio Gov. John Kasich, a hardline right-winger who only looked sane and reasonable because of the whackaloons he was standing next to, exited as well.
So, with the contest all but over, the burning question is: Will these former pals be like Fred and Barney and make up by the end of the show? Or will they be like Martin and Lewis, not speaking for 20-plus years before coming to a surprise reunion and reconciliation on a telethon?
Well, the morning after the Indiana primary, I woke up to hear the New Face of the GOP talking about how his former enemy was no longer “Lyin’ Ted,” but was instead a “tough, smart guy” with a “great future.” So, hopefully, we’ll soon see the “serial philanderer” and the “maniac” hugging it out. Then they can get back to taking the Republican Party over a cliff.
Posted by JD Rhoades at Sunday, May 08, 2016 0 comments