Do I wish the Senate health care bill had a public option? Yes.

Hell, I wish both the House and the Senate bills just said "fuck it, we're going single payer," but I knew that wasn't going to happen.

Do I wish the version of health care reform that seems to be coming out of this fight went further? Yes.

Do I think Joe Lieberman's an asshole who needs to have his committee chairmanship stripped from him and whose office space should be removed forthwith to a broom closet in the Senate office building? Oh, HELL yes.

Do I want any health care reform AT ALL killed because I don't get everything I want in this bill?

But that's a position, voiced by Nate Silver and John Podesta, that seems to draw the kind of vicious attacks and accusations of betrayal that remind me of the shit that got thrown by the wingnuts during the run-up to Gulf War II. Read the comments to those linked posts if you doubt me.

I took this crap for eight goddamn years from the wingnuts, I'm damned if I'll put myself out there and take it from my own side. It makes me want to punch someone in the face.

I'm also sick to fucking death of the "Obama's No Different From Bush!" bullshit that I'm hearing more and more.

In short, I'm beginning to hate these so-called 'progressives' as much as I hate wingnuts.

So I'm backing away for a while. No political posts from me, other than the newspaper columns. I may just post about books and weird stuff I find. I may just shut the whole blog down.

Comments are closed for this post. I don't want to hear it any more.
Posted by JD Rhoades at Wednesday, December 16, 2009

"Liberal" ABC News Carries the Water for the Wingnuts. Again.

ABC News apparently thinks that it's wrong to bring terror suspects to a proposed Supermax-type facility on US soil because, among the 240 convicted and suspected terrorists already imprisoned here:

One passed messages to his followers, and another seriously and permanently injured a guard during an escape attempt.

Oh, and the headline goes even further in promoting wingnut talking points: 'Terrorists Beat the System in Federal Prisons."

Oh, well, then. I guess we should just imprison EVERYONE convicted of a crime, state or federal, away from the US, because gang members and Mob figures have "beaten the system" by passing messages to their followers and several prisoners have attacked and injured guards.

Email ThisBlogThis!Share to TwitterShare to FacebookShare to Pinterest
Labels: LMMA

XBox: Is There Anything It Can't Do? 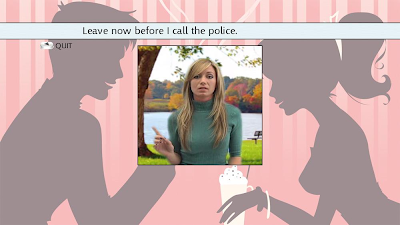 That is either the funniest or the saddest thing I've read all year. I can't decide which.

You would have thought that the recent craziness in the stock market, where a lot of folks lost their shirts, would have thoroughly buried the whole Bushian idea of privatizing Social Security. But you'd be underestimating the sheer blockheadedness of the American Right. In a recent interview,  SC's own wingnut Senator Jim DeMint

talks of reviving President George W. Bush’s failed plan to partially privatize Social Security by having workers put a small percentage of the current levy in a personal savings account...But let’s review. As a Center for American Progress Action Fund report found, under a Bush-style privatization plan, a October 2008 retiree would have lost $26,000 in the market plunge. If the U.S. stock market had behaved like the Japanese market during the duration of that retiree’s work life, “a private account would have experienced sharp negative returns, losing $70,000 — an effective -3.3 percent net annual rate of return.” And this doesn’t take into account the full plunge of the stock market, which dipped below 7,000 in March 2009.

Fail? They don't know the meaning of the word. And that's not necessarily a good thing.

Email ThisBlogThis!Share to TwitterShare to FacebookShare to Pinterest
Labels: why we fight

Mother of Mercy, Is This the End?

Charles Johnson is trying to put me out of a job.

It doesn't seem so long ago that Johnson, the founder and editor of the right-wing blog Little Green Footballs, was a wingnut's wingnut. He was one of the ones who led the charge against Dan Rather after Rather's infamous story about George W. Bush's Texas Air National Guard ­service (or lack of same).

He and his Little Green Footballers spent hours poring over fonts and something called "kerning" to justify their theory that the memos stating that Dubbya had used his Daddy's political connections to walk away from the Guard were faked because you could create something that looked just like them with Microsoft Word. Even though no actual experts ever declared the memos faked, Rather was fired over the incident for failing to verify his sources properly.

Johnson was also one of the founders of the right-wing online consortium Pajamas Media, which featured hard-right all-stars like Michelle Malkin, Glenn Reynolds, et al. He was fond of describing left-leaning public figures as "idiotarians," and if he didn't originate the term "Islamofascists," he was certainly one of the people who helped spread it.

And after the Republicans lost ­control of the House and Senate in 2006, it was the good Americans at Little Green Footballs who called for the politically impure parts of America to be purged by fire, with commentators saying things like, "I just hope the nuke attack comes soon. Let it be on the East Coast, where it belongs."

So it was startling, to say the least, when Johnson went online on Nov. 30 to explain, in his words, "Why I Broke With the Right." His reasons provide a textbook definition of the word "wingnut":

And Johnson names names: Rush Limbaugh, James Dobson, Pat Robertson, Glenn Beck, the "birther" movement, Sarah Palin -- pretty much the whole wingnut aviary. The American right wing, said Johnson, "has gone off the rails, into the ­bushes, and off the cliff."

Well, yeah. I mean, that sort of thing has given me material for more columns than I can count. What the heck am I supposed to do if more right-wing Republicans follow Johnson's lead?

What do I do if Sarah Palin comes out and says, "You know, I don't think Democrats are really friendly with terrorists. We have some honest disagreements, but gosh-darn it, we're all in the same boat here and all this talk about who's a real American and who's not isn't good for the country"?

How am I supposed to make fun of the Republicans if they actually start acting as if they have some sort of political philosophy other than "Everything Barack Obama does, right down to the mustard he orders on his burgers, is The Death of the American Republic, but everything's OK if you're a Republican"?

What do I do if Glenn Beck starts taking his medication and stops raving like Captain Queeg at the end of "The Caine Mutiny"? What's next? Wingnuts actually learning the meanings of the words "fascism," "socialism" and Marxism" and applying them correctly? It's almost too horrible to contemplate.

But then I read that some members of the Republican National Committee are trying to enact a conservative "purity test" into the party platform, under which moderate Republican candidates, or anyone insufficiently ideologically "pure," would be denied funding or support from the national party, and I realize that, in the GOP, the lunatics are still running the asylum.

I'll have enough material to be with you for a long, long time. I hope that makes you as happy as it makes me.