I Never Did Trust That Damn Duck 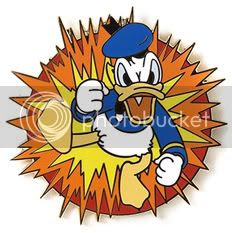 Disney Star Runs Afoul Of Law (from The Smoking Gun). 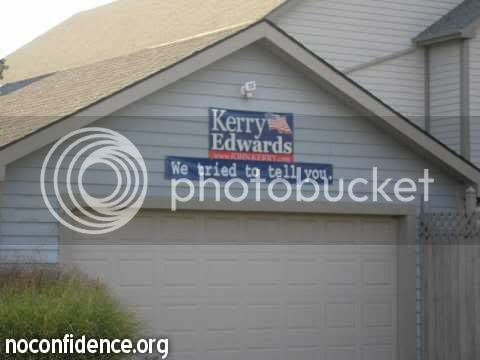 Why do 66% of Americans hate America?

That wonderful invention that allows us to stay in touch with far-flung relatives, do business across the globe at the speed of light, keep up with the latest Urban Legends (“YOU HAVE TO SEE THIS!!!”) , meet important people from exotic lands (“Hello. I am Umgwake Unjallili, former oil minister of Nigeria, seeking your aid”), and, perhaps most importantly, find out about the latest technology for enhancing the ol’ manly parts.

But, like any neato-keeno technology, e-mail can have its pitfalls — or maybe I should say pratfalls. A couple of recent news stories should provide us with cautionary tales about what to do and what not to do in cyberspace.

In a recent article in The New York Times, college professors tell the stories of the amusing and sometimes infuriating e-mails they get from students. Several reported e-mails from students stating, without apology, that they had missed class and asking if they could borrow the professor’s teaching notes. Others took teachers to task for low grades, or criticized them for spending too much time with the “morons” in the class and not, one would assume, on the complaining scholar.

After the article ran, other professors across the net chimed in with their own horror stories. A particular pet peeve was the “clever” e-mail addresses students gave themselves.

From these articles, we can discern some rules: One, while it’s true that e-mail contributes to a more informal and friendly style of discourse, professors don’t particularly want to hear from bigpimp69@aol.com that he blew off class because he was still hung over after the ATO kegger, and your Women’s Studies professor is less likely to take you seriously if you style yourself sexxybuns@biguni.edu.

Another thing these articles tell us: don’t assume your private e-mails are going to stay private. That’s the mistake made by young lawyer Dianna Abdala, a self-described “trust fund baby” and a recent graduate of Boston’s Suffolk Law School.

Dianna interviewed for a job with criminal defense lawyer William A. Korman. Both apparently liked what they saw at the first interview; Abdala said she’d take the job if offered. They had a second interview. At that one, however, according to Massachusetts Lawyer’s Weekly, Korman announced that he had decided to hire two lawyers, not one, and that there would be a corresponding reduction in the original offer.

The stories diverge here. Korman says that Abdala accepted; Abdala says she told him she’d think about it. Finally, Abdala sent Korman an e-mail on Friday before the Super Bowl stating that she had “come to the conclusion that the pay you are offering would neither fulfill me nor support the lifestyle I am living in light of the work I would be doing for you. I have decided instead to work for myself, and reap 100 percent of the benefits that I sew [sic].” (From this we learn the lesson that spell check is not infallible).

Korman sent back an e-mail on Monday, complaining that he had already had stationery and business cards printed up and that Abdala was acting “immature and unprofessional.” Abdala shot back that a “real lawyer” would have put the deal in writing. Things degenerated from there.

“Thank you for the refresher course on contracts,” Korman snapped back. “You need to realize that this is a very small legal community, especially the criminal defense bar. Do you really want to start (angering) more experienced lawyers at this early stage of your career? Abdala’s final retort was short and classic: “Bla Bla Bla.”

But, of course, it didn’t end there. If it had, no one would have ever heard about it. Korman was so mad he began forwarding the exchange to friends. They forwarded it to friends. It ended up in The Boston Globe, and expanded into news stories on TV. It’s been dubbed the “‘Bla Bla Bla’ heard ’round the world.”

For me, this is one of those stories where I say, in the words of Shakespeare, “a plague on both your houses.” Abdala was certainly snippy and rude; Korman shouldn’t have gotten all bent out of shape and threatening because Abdala retracted her agreement when he’s the one who tried to change the deal. And Korman’s the one who took the idiocy to a whole new level when he started spreading his private disagreements across the Internet.

Both of them would have been well advised to use “snail mail” rather than e-mail; by the time a letter is dictated and gets back on the desk for signature, tempers may very well have cooled. It’s far too easy, however, to type something in a rage, hit the send button so hard you nearly break the mouse, and come to regret it later.

But that’s life in cyberspace. The facelessness of conversation sometimes leads people to engage in behavior that would get them a well-deserved clout in the mouth were they to do it face to face. And it’s not only computer viruses that spread at the speed of light; tales of bad behavior can do the same.

So let’s be careful out there. And play nice.
Posted by JD Rhoades at Sunday, February 26, 2006 2 comments