Have you ever observed that we pay much more attention to a wise passage when it is quoted than when we read it in the original author?
Philip G. Hamerton, "The Intellectual Life"

At Last It Can Be Told

Over at the site Writer's Break, Jennifer Minar-Jaynes (a fine writer of dark Southern crime-fic her ownself) interviews yours truly
about the skills one needs to possess in order to be a successful novelist, the path to gettng an agent, and other matters.

Many thanks to Jennifer, who's struggled mightily with technical issues to get this thing off the ground. 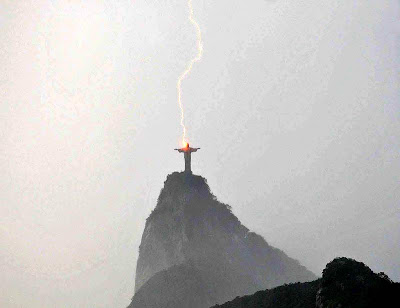 For some time, now, the Divine Miss Sarah's blog, Confessions of an Idiosyncratic Mind, has been the first place to go to find out what's moving and shaking in the crime fiction community. We all owe her a great debt of gratitude for her hard work.

But I think she'd settle for a drink.

I Pity the Fools 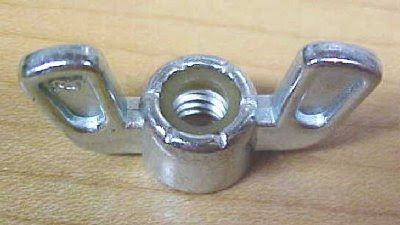 You know who I feel really sorry for this primary season? Extreme right-wingers, or as I like to call them, "wingnuts."

(Hey, after years of my political persuasion being called "libtards" and "Demonrats," I figured y'all need a snappy name of your own.)

It really can't be easy for you guys. After pretty much running the Republican party for so long, y'all just can't seem to catch a break.

First off, your early front-runner was Rudy Giuliani. "Mr. 9-11" had a solid record on some of the positions wingnuts have embraced in the Dubbya years. Things like torture and contempt for due process of law. But Giuliani's rather dodgy private life, as well as his pro-choice and pro-gay-rights stands, tarnished his supposed conservative credentials.

Plus, he was from New York, a city that conservatives loved for about a week and a half after 9/11, after which they went back to hating it with a passion.

Then it looked like the guy who was going all the way was Mitt Romney. But Romney's conservatism was always suspect, largely because he apparently embraced his current positions on abortion and gay marriage roughly the same day he started running for president.

Thompson looked like the Great Conservative Hope for one brief shining moment, but sputtered out. Huckabee looked to be staging a comeback, but still lags behind the wingnut boogeyman: Arizona Sen. John McCain.

Their hatred of McCain is summed up best by fundamentalist extremist Dr. James Dobson. McCain, Dobson wrote, "did not support a constitutional amendment to protect the institution of marriage, voted for embryonic stem-cell research to kill nascent human beings, opposed tax cuts that ended the marriage penalty, has little regard for freedom of speech, organized the Gang of 14 to preserve filibusters in judicial hearings, and has a legendary temper and often uses foul and obscene language.

"I am convinced Sen. McCain is not a conservative, and in fact, has gone out of his way to stick his thumb in the eyes of those who are. He has sounded at times more like a member of the other party. ... I certainly can't vote for Hillary Clinton or Barack Obama. If these are the nominees in November, I simply will not cast a ballot for president for the first time in my life."

Others despise McCain because of his stance on immigration. Glenn Beck of CNN even started calling McCain "Juan McCain" because of his so-called "pro-amnesty" positions on that issue. Still others hated him for his insistence that Americans should not engage in "cruel, inhumane, and degrading treatment" of detainees.

See, there are two issues that are nearly a religion to the Far Right: immigration and torture. They hate the first, and they ADORE the second. McCain won't toe the line on either, and that totally enrages the wannabe tough guys that get all sweaty while they fantasize about Jack Bauer of "24" cutting the fingers off Scary Brown People.

But fear not, wingnuts. There is hope. There is a candidate still in the race who is more conservative than John McCain. That candidate is: Hillary Clinton.

No, really, I'm serious. I have it from no less an authority than Ann Coulter, the very poster girl of wingnuttery.

In a recent appearance with Sean Hannity, Coulter said, with a straight face: "If McCain's our candidate, then Hillary's gonna be our girl. Sean, because she's more conservative than he is, I think she'll be stronger in the war on terrorism. I will campaign for her if it's McCain."

McCain, she says, "led the fight against well, you say interrogations, I say torture, at Guantanamo. She hasn't done that, she hasn't taken a position in front."

But wait, Hannity said, McCain supported the war in Iraq.

And, much as it may shock people to see me agree with Ann Coulter, she's absolutely right. This is the sort of thing I've been saying about Clinton for some time now.

So there you have it, folks. The real "conservative" in the race is the woman the Far Right loves to hate. If there was any doubt in anyone's mind that the word "conservatism" no longer has any meaning, that should put it to rest.

Of course, if you could watch seven years of George W. Bush exponentially increasing the power of government and spending money like a sailor in port and still say with a straight face that he's a "conservative" president -- you may be a wingnut.
Posted by JD Rhoades at Sunday, February 10, 2008 9 comments