This is, I guess what you'd call the "Director's Cut" of this week's column,  since I can't say "asshole" in the paper. Even though it's exactly the right word).

Imagine, if you will: You’re driving along the road, minding your own business, when you pull up behind one of those great big pickups that would be very useful hauling feed and seed or towing a horse trailer, but which is way too clean and unscratched to have ever seen an actual farm.

As you prepare to pass this wheeled behemoth, your car is suddenly enveloped in a cloud of choking black smoke that causes you to weave dangerously. As you fight your way clear of the blinding cloud, you see the truck pulling off and faintly hear the derisive laughter of its occupants.
Congratulations. You’ve just encountered some Good Americans who are patriotically protesting against Obama’s fascist nanny state by engaging in a practice they call “Rolling Coal.”
Are you the kind of “conservative” who thinks that the first question that needs to be answered when analyzing a political position is, “Will this annoy liberals?”
Are you the type of person who, if the First Lady comes out in favor of something like, say, healthy meals and exercise, immediately starts howling that your rights are being violated worse than those of Jews in the Holocaust and declare your intention to stuff as much junk as possible into your face because that’ll show them, by golly?
Are you the type of person who’s decided to shop every week at Hobby Lobby, even though you’ve never shopped there before and you don’t actually have any hobbies, but you want to show those danged feminazis that you’re not taking any of their guff?
In short, are you a typical right wing asshole?
Well, you could always run for a Republican congressional seat. But if that seems like too much trouble and/or expense, then maybe Rolling Coal is for you.
Get yourself a big ol’ truck, go to an Internet site like Dieselhub.com or one of those magazines aimed at truck aficionados, and order you some “smoke switches,” “aggressive tuners and modules,” and “special injectors” which will, and I quote, “trick your engine into thinking it needs more fuel.”
This will allow you to blow out a huge cloud of black smoke on command when you encounter, say, a Prius or other hybrid. (You can even get a sticker along with your gear that says “Prius Repellent.”)
But don’t stop there. You can also use your new gizmos to smoke people with liberal bumper stickers. Or bicyclists. Be sure to use your smartphone to record your hilarious encounters with those enemies of all that is free and good about America.
Then you can join the Coal Rollers on YouTube, where your fellow freedom fighters have posted videos of their blows against The Man, a category which includes the aforementioned Prius drivers, liberal bumper sticker displayers, and cyclists, as well as cops and pretty girls walking by the side of the road (because nothing gets a woman hotter than having acrid toxic gases blown in her face by a truck the size of small aircraft carrier).
Of course, you knew that once a few brave souls began spewing The Black Cloud of Liberty in everyone’s face, Obama’s Islamocommiefascist Iron Fist of Doom was going to come down to crush it the way the Chinese crushed the flowers of freedom in Tiananmen Square.
The jackbooted thugs of the EPA have issued one of their fatwas, saying, “It is a violation of the Clean Air Act to manufacture, sell, or install a part for a motor vehicle that bypasses, defeats, or renders inoperative any emission control device.”
Translated into American, that means that after-market devices intended to increase fuel consumption and belch clouds of pollution into people’s faces are regarded as illegal by Obama’s EPA. This is how freedom dies, my friends.
If there’s one silver lining for the right, it’s that the Republicans in the House finally may have found the grounds for bringing the Articles of Impeachment they’ve been feverishly fantasizing about for so long. I mean, to heck with requiring some sort of “high crime or misdemeanor” as grounds to impeach. You just do NOT mess with a man’s truck.
Posted by JD Rhoades at Saturday, July 12, 2014 3 comments

Is Hillary Clinton a Replicant? Some Say Yes, Some Say No...

You know, if I was to tell you in these pages that a Republican politician was contesting his loss in a primary election on the grounds that his victorious opponent was, in fact, dead and being impersonated by a synthetic body double, you’d probably roll your eyes and go “he’s gone too far this time. That doesn’t even work as satire.”

Well, maybe it doesn’t, but it’s actually true. In Oklahoma’s 3d District, Timothy Ray Murray, whose website [now taken down] describes him as a “human, born in Oklahoma,” got himself roundly shellacked in the primary by the incumbent, Rep Frank Lucas, with Murray taking a mere 5.2% of the vote to Lucas’ 82.8%. You’d think this would be a knockout blow to Murray’s campaign “to help bring House leadership back to traditional values.” But wait, Murray says, not so fast. “It is widely known,” Murray asserts in a press release addressed to “News Person”, that “Rep. Frank D. Lucas is no longer alive and has been displayed [sic] by a look alike.” Poor Frank met his end, it seems, on a “white stage” in Southern Ukraine, where he and “a few other Oklahoma and other States’ Congressional Members” were executed by hanging at the hands of (of course) The World Court. This rendered Lucas ineligible to serve on account of being, as noted above, dead.

This is not the sort of thing a “traditional values” guy like Murray is going to take lying down. “I will NEVER,” he promises, “use Artificial Intelligence look alike [sic] to voice what The Representative’s Office is not doing nor own a robot look alike.” Well, I know I’m reassured.

In truth, Timothy Ray Murray may have done a huge favor for the Raving Nutter Wing of the Republican Party (aka “the base”). Now that birtherism has been thoroughly discredited except in the heads of a few sad dead-enders and the grifters who prey on them, maybe the GOP can embrace “make the Democratic candidate prove she’s not a replicant” as their pet lunacy for the next couple of years.

It can start, as such madness often does, on the Internet. A few well-placed posts on a few fringe cites claiming that, say, Hillary Clinton’s “fall in the shower” in December 2012 was actually fatal and that she’s been replaced by a vat-grown flesh-droid with the personalities of Saul Alinsky, Huey P. Newton, and Bill Ayers (preserved on floppy disk by Steve Jobs in 1995) downloaded into its blank consciousness. Gradually, the idea will percolate upwards to the slightly less nutty environs of the right-wing blogosphere, like National Review Online, where someone will observe “of course, Hillary Clinton could just dispel the rumors by providing a DNA sample.”

After that, it’ll snowball. Fox News will soon be running show after show, with the usual endless parade of outrage-mongers looking into the camera with brows furrowed and demanding “Where’s the DNA?” 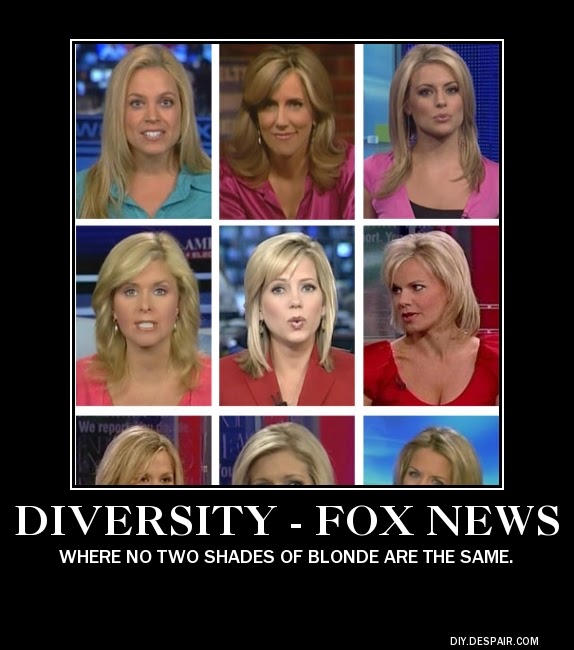 Finally, Clinton will make the mistake of knuckling under and actually providing a sample. Then the blood, so to speak, will really be in the water. Overnight a few dozen self-appointed DNA experts will flood the Internet, insisting that the test is a fake, because, I don’t know, the streaks on the test card are the wrong shade of gray on their computer monitors or something. Nothing will do to prove Clinton’s humanity, the GOP will say, but full genome sequencing. “I’m not saying that Mrs. Clinton is really a replicant,” they’ll say piously, “but I’d like to see the sequencing of all of her chromosomal DNA as well as DNA contained in the mitochondria.” It won’t matter that that’s something that none of them will have never heard of before the brouhaha. Angry Tea Partiers (as if there are any other kind) will show up at Town Hall meetings with an American flag in one hand and a bag of disreputable looking goo in the other, raging at insufficiently crazy public officials:  "I have a DNA sample here that says I’m human! Why are you people ignoring the chromosomal DNA!?” before they drown out the response by singing “God Bless America.” Finally, Clinton will grit her teeth and undergo the procedure—the results of which will also be denounced as fake by “DNA experts” who failed high school chemistry. And the beat will go on…

Too crazy, you say? Could never happen, you say? I would have said that about birtherism, until it described pretty much the same arc I’ve laid out above. If there’s one thing researching this column has taught me, it’s that there is literally no theory too outlandish for wingnuts and their captive media to promote from fringe to mainstream and no evidence that they’ll accept to refute it. It could happen here…