"A Book That Will Both Entertain and Challenge You"

Elizabeth A. White, All Purpose Monkey gives GALLOWS POLE a great review. Check it out!

Some Special Letters to Santa

I have plenty of gifts, because I have the most towering intellect and the farthest-reaching vision in America right now. Possibly in the entire universe. Tell you what, since I’m a guy with a lot of ideas, let me give back by sharing a few with you.

First off, you need to ditch the elves and replace them with poor inner-city kids to teach them what it’s like to earn a paycheck. And we need big mirrors in space. And geo-engineering to fight global warming ....

Oh, wait, I don’t believe in that anymore. Any video you’ve seen of me saying I did is a falsehood, because I say it is. You need to listen to me, Santa. I’m a transformational figure. I’m all that stands between us and Auschwitz.

Note to staff from S. Claus: We need to make sure Newtie gets his meds adjusted.

We’re willing to give up Christmas presents this year if we can just borrow the elves to pick our crops. Since this crazy immigration law came in, all the Latinos left. The locals can’t stand a day of this kind of work. Plus, I figure the elves are built low to the ground so they don’t have to stoop over.

Help us, Santa. You’re our only hope.

Dear Commissioner: Sorry, but elves don’t have identity papers. I don’t have time to keep going down there and bailing them out of jail. You’re on your own. Signed, S. Claus.

I want three things for Christmas. One, I want to be the front-runner again. Two, I want people to realize I’m not brain-damaged. Three, I ... dang! I can’t remember. Oops.

Note to staff from S. Claus: Maybe this is why Mitt Romney made that $10,000 bet with Rick. He assumed Rick wouldn’t remember it.

In 2007, we controlled 34.6 percent of the wealth in this country. Since the recession began, that percentage has grown to 37.1 percent. We’d like the rest of it. And we demand that people stop saying mean things about us.

Note to staff from S. Claus: They get coal in their stockings this year.

Note from staff: OK, but they already own most of it.

Can you bring me some more pepper spray? I’m all out, and I keep seeing people sitting down. They’re all over the place. There’s just something about people peacefully sitting down that really makes me want to give them a face full of the old pepper. 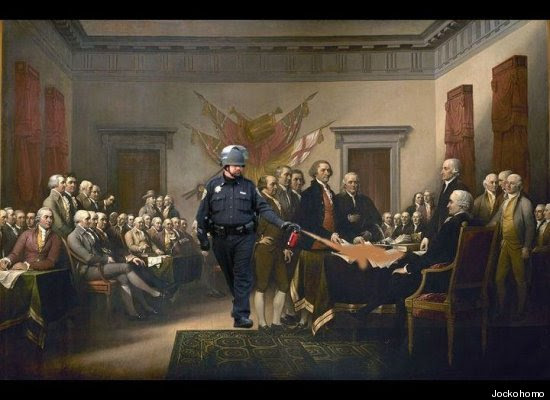 Note from staff: Already on it, boss.

Both Newt Gingrich and I once supported an individual health insurance mandate and cap-and-trade legislation. Now, I have to convince Republican voters that those things are dangerous socialism. What I need for you is to give ­everyone in the country amnesia.

Oh, and while we’re at it, the next time I sit down next to some old white guy at a diner for what looks like a surefire photo op, can you make sure he’s not a gay war veteran who proceeds to hand me my head on a platter in front of everyone? Thanks.

Note from staff: We should probably hold off on gifts for Mitt, boss. He keeps changing the list.

We want the influence of money out of politics. We want regulations to reform the banking system, like restoring the law separating investment banks from commercial and savings banks, so that crazy investments don’t take your savings with them when they fail.

We want investigation and prosecution of Wall Street financial fraud. We want to do away with the law that regards corporations as “people.” We want lobbyists to stop being the ones to draft legislation that benefits the industry they’re lobbying for. Thanks.

Note to staff from S. Claus: Wait, what? All I keep hearing is that these people don’t know what they want.

Note from staff: That’s what the media want you to think. They’re owned by big corporations, remember?

Note to staff from S. Claus: Glad I’m not.

Note from staff: Us too, boss. Us too. Merry Christmas.
Posted by JD Rhoades at Sunday, December 18, 2011 6 comments