The "You Worship Obama" Meme Explained

Recently, one of the more persistently idiotic right wing commenters on the Pilot Website exploded with one of those angry, bitter diatribes that exemplifies one of the more baffling cliches from the land of Wingnuttia:

There is nothing [Obama]  could do that would have them to speak ill of him. They would sooner have their tongues cut out. Liberalism is their religion and Obama is their deity.

This "leftists worship Obama  and never, ever criticize him" bullshit comes from people who have clearly never met any actual leftists. Read Glenn Greenwald, Firedoglake, a goodly portion of the posts on DailyKos, Americablog...there's been plenty of criticism of Barack Obama for not being liberal enough, not pushing for a public option in the health care law, for not being tough enough on bankers and Wall Street, for drone strikes and kill lists, etc. etc.

But it's an article of faith on the right that Obama never gets any flak from the left, and by "article of faith" I mean "something that they believe despite a complete lack of real world evidence."

I never have been able to figure out why they cling to this particular lie so bitterly. After all, you'd think they'd be searching for liberals angry with Obama. I remember there used to be a right wing meme called "even the liberal," as in "even the liberal New York Times thinks Saddam Hussein had weapons of mass destruction." But now that a center oh-so-slightly left President is in the White House, they blithely ignore all the criticism he gets from disappointed actual  leftists in favor of this fantasy that "all you liberals blindly worship him."

I think I've finally figured it out. As far back as the 2012 primaries, the far right backed one kindred spirit after another: Cain, Bachmann, Santorum, et. al. and they all imploded.

Finally, they got Mitt Romney. No one really liked the guy, on the left or the right. But for some reason, they thought he was "electable", and that's all that mattered. To them, anyone would be better than the Muslim Marxist Kenyan Usurper.

And that's why they get so furious at the idea that anyone actually likes Barack Obama. They're bitter and jealous that some of us got to vote for a candidate we actually like.
Posted by JD Rhoades at Tuesday, February 26, 2013 4 comments

You know, I've never really been a huge fan of former Nebraska Sen. Chuck Hagel. I don't dislike him, mind you; he's just never been someone who excited me all that much.

He does get a lot of respect from me for being one of the first Republicans to buck his party and point out that George Dubbya's Wacky Iraqi Adventure was turning into another Vietnam. But when I found out that President Obama was nominating him for defense secretary, my reaction was, and I quote: "Meh."

What I saw of his confirmation hearings didn't stir up any more excitement. But, as so often happens with politicians in the Washington monkey house, I find myself rising to defend him, not because of his own merits, but because of the people attacking him and, more importantly, the way they go about it.

First, the Israel Lobby tried to paint Hagel as anti-Semitic for pointing out that there actually is such a thing as an Israel Lobby. Then Lindsey Graham announced that he intended to filibuster Mr. Hagel's nomination - the first time this had ever been done to a secretary of defense nominee - in a snit over the fact that, after hours upon hours of hearings, the only result of Republican attempts to create a "Benghazi-Gate" scandal has been to make former Secretary of State Hillary Clinton the most popular politician in the country, according to the Quinnipiac University Poll taken afterward.

Of course, Hagel had nothing to do with the Benghazi killings or the State Department, but let's not let that get in the way if Lindsay Graham's got some tantrumin' to do!

But for true crack-brained right-wing attacks, you've got to go to the Internet loony bin known as Breitbart.com.

After the death at an early age of its founder, Andrew Breitbart, some wondered if the muckrakers at Breitbart.com (who became famous for shamelessly doctored and deceptively edited "expose" videos of ACORN and Department of Agriculture employee Shirley Sherrod), would fade away. Sadly, it seems that the perpetually apoplectic Mr. Breitbart may have actually been a moderating influence, which should give you an idea of the level of crazy we're dealing with here.

On Feb. 7, a headline at Breitbart.com blared, "SECRET HAGEL DONOR?" The story, written by "editor at large" Ben Shapiro, claimed that the administration was refusing to turn over documents about possible foreign sources of funding for Hagel because one of those was a group called "Friends of Hamas."

Given the mainstream media's penchant for taking any unsourced and sketchy Breitbart.com story and running with it without bothering to check it out (See "Sherrod, Shirley," above), it's probably a miracle that this didn't blow up into another one of those scandals where the accusations turned out to be hollow, but not before they nearly destroyed people's lives and careers.

In fact, reporters began asking people like Mike Huckabee what they thought about the story, while never actually bothering to ask whether the story they were asking for comment on was true. But what does that matter? Friends of Hamas "has a ring to it," in the words of Lou Dobbs.

Well, the name may have a ring to it, but once again, there's no bell. No one - not the State Department, not the Treasury Department, not any reporter who stirred himself or herself long enough to do a simple Google or Lexis search - could find any record of any such group ever existing.

There's a reason for that: It was a joke.

"I asked my source," Friedman wrote, "had Hagel given a speech to, say, the 'Junior League of Hezbollah, in France'? What about 'Friends of Hamas'?"

He had no idea that anyone would take the names seriously. They were "so over-the-top, so linked to terrorism in the Middle East, that it was clear he was talking hypothetically and hyperbolically. No one could take seriously the idea that organizations with those names existed."

No one, that is, except a pack of right-wing pseudo-journalists with axes to grind and not enough journalistic ethics to even pretend to try to find corroboration, so long as the story has a "ring" to it.

Worse, they don't have the sense to recognize sarcasm when they hear it. That's why the right, once again, has egg on its face. 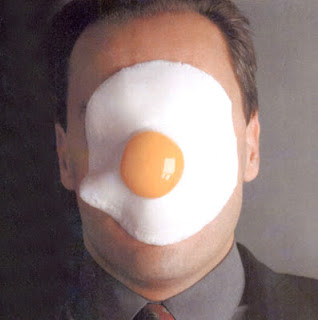 It's been said (either by Joseph Conrad or Doctor Who) that you can judge a man by the quality of his enemies. Given the sorry state of Mr. Hagel's enemies, I hope he does get confirmed.
Posted by JD Rhoades at Sunday, February 24, 2013 2 comments