Someone Needs Some Xanax For Christmas

Comment about my last column on The Pilot Newspaper's website: ASSAULT RIFLES AND CLIPS THAT HOLD MUCH AMMO ARE BAD. THEY WERE BAD AND YOU AND THE SHEEP LIKE DUSTY KNEW THEY WERE BAD WHEN THE OBAMARIFLE KILLED A BORDER PATROL. OBAMA ALLOWED HUNDREDS OF THESE RIFLES TO BE BOUGHT BY CRIMINALS WHO WERE BUYING THEM EXPLICITLY TO KILL PEOPLE. YOU AND THE IDIOTS THOUGHT IT WAS MORE IMPORTANT TO PROTECT OBAMA AND THE DEMOCRATIC PARTY THEN TO DO WHAT YOU ARE DOING KNOW, THE RIGHT THING. NOT ONE OF YOU HAVE GIVEN THE REASON WHY YOU WERE QUIET WHILE OBAMARIFLES KILLED HUNDREDS AND CONTINUE TO KILL. AND I REALLY AM SORRY THAT THE TRUTH OF WHAT I AM SAYING HAS BROUGHT SO MUCH PAIN TO YOU AND DUSTY. I WAS THE ONE THAT TRIED TO KEEP YOU FROM FEELING AS BAD AS YOU DO NOW.One of the mental health tests I'd propose for gun ownership is: if you've ever typed a post in a thread about guns AND DONE THE ENTIRE THING IN CAPITAL LETTERS, you probably shouldn't be allowed near a firearm. Or any sharp objects for that matter.If anyone knows the identity of the poster in the area of Southern Pines, NC who goes by the handle of justpassingby2, would you please make sure they get some help?
Posted by JD Rhoades at Monday, December 24, 2012 0 comments

Just Bring On the Apocalypse?

In the days after the horrific massacre in Newtown, Conn., where a young man named Adam Lanza shot out a window in an elementary school and proceeded to kill 20 first-graders, along with six adults who tried to protect them, I thought I was holding together pretty well.

But then I saw a story online about the plethora of companies that have sprung up in recent years selling body armor for children.
Let me repeat that. Body armor. For children.
For instance, there's a company out of Salt Lake City called (of course) Amendment II that sells a line of backpacks lined with "carbon nanotube" armor.
"Basically, there's three models," Mother Jones magazine quotes company president Derek Williams as saying. "A SwissGear that's made for teens, and we've got an Avengers and a Disney Princess backpack for little kids." 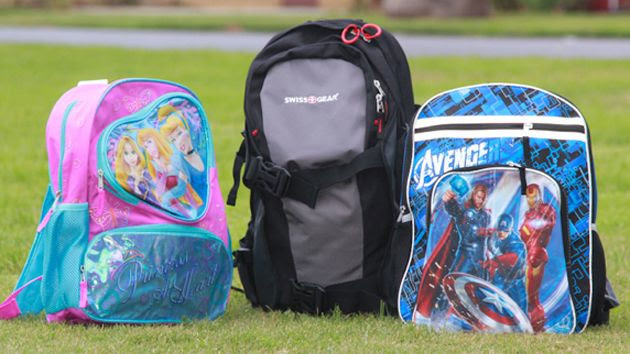 Another company making similar gear provides a handy diagram showing the kids how to properly cower behind their armored backpacks while the maniac slaughters their less-prepared classmates.

Friends, this sort of stuff would normally be just catnip to me. It would provide me endless fodder for mockery. But it's just so sad, I can't even make fun of it. It truly made me wonder if I wanted to live anymore in a country where some people consider that a reasonable response to the murder of children is sending them off to school armored like grunts in Afghanistan. Or, as I've heard some people suggest, arming schoolteachers.
It's a sign of just how insane we've gone that people can even say this with a straight face and not immediately be committed for psychological observation.
Let's leave aside for a moment the question of how school systems that are already being strangled by budget cuts are going to buy weapons for teachers. I've met a lot of teachers in my life, folks. Very few of them impress me as potential Dirty Harrys and Harriets, nor, I wager, do they want to be. And I wouldn't trust the ones that do with a butter knife, much less a Glock.
No, a country where all the teachers are packing heat and all the kids have to be ready at a moment's notice to throw their backpacks up in front of them to stop a bullet is not one where I want to live. But frankly, I don't really want to move. All my stuff and everyone I love is here.
So let's talk about solving the underlying problem, which is this: How do we keep weapons of mass killing out of the hands of crazy people? The answer would seem obvious: fewer weapons of mass killing, or fewer crazy people, or both.
Let's take the second one first. We need to stop treating government support for mental health evaluation and treatment as if it's a luxury. I see so many people, every day, of all ages, who need some sort of mental health intervention, and who are being "served" by fewer and fewer providers, because whenever we have a budget crisis, mental health care is the second thing on the chopping block, behind education. It's as much a security issue as law enforcement or prisons, and it needs to be treated as such.
As for regulation of weapons, let us consider the words of that screaming leftist, Supreme Court Justice Antonin Scalia: "Like most rights, the Second Amendment right is not unlimited. It is not a right to keep and carry any weapon whatsoever in any manner whatsoever and for whatever purpose."
So what regulations might help limit, if not entirely eradicate, future Newtowns (or Auroras or Oak Creek, Wisconsins)? One very practical proposal I've heard from two senators, Joe Manchin of West Virginia and Mark Warner of Virginia (both of whom have received an "A" rating from the NRA), is limiting the size of magazines.
"I don't know anybody that needs 30 rounds in the clip to go hunting," Manchin told an interviewer, noting that he and his family had just returned from a hunting trip. And as for home defense: Pal, if you need more than six rounds to put down an intruder, you're probably fighting a werewolf or something similar, so you're screwed anyway. Run and hope he stops to eat the other guy. If there is no other guy, see "you're screwed," above.
There are other gun control measures that will no doubt be discussed in these pages and elsewhere in the coming weeks. But it's clear we have to do something to keep weapons of war out of the hands of the deranged and the enraged. Otherwise, all of us - men, women, children, pets and livestock - just need to armor up and bring on the apocalypse.
Posted by JD Rhoades at Sunday, December 23, 2012 2 comments