"At first blush, "Gallows Pole" is an intriguing blend of Thomas Harris with Tom Clancy, a serial-killer drama with a military background and lots of nifty gadgetry. But J.D. Rhoades works deeper than that. Having introduced a murderer with the most appalling M.O. since the Red Dragon, Rhoades takes the protagonists -- and the reader -- into a moral quagmire where past sins are alive and kicking, and the bad choices of years past are still capable of drawing blood. This one will stay with you."

"This book had it all: futuristic weaponry, military men, a bit of romance and lots of intrigue. The story was chilling and very creepy at times but a tremendous book."

"Gallows Pole is a book that will both entertain and challenge you."

"J.D. Rhoades's Gallows Pole gets the adrenalin pumping from the very first page. Rhoades not only gives us a tight, suspenseful plot, his prose style is economic and full of quiet confidence, and you know you're in good hands the moment you start reading. "

The Birthers Are Back!

Latest Newspaper Column: There's no link because the Pilot has, once again, forgotten to put my column up on the web site. But I'm getting crazy people e-mailing me about it (we'll have more on that soon), so I know it ran.

If you thought the ridiculous movement known as "birtherism," which holds that Barack Obama has not sufficiently proven his U.S. citizenship, was dead, then think again. 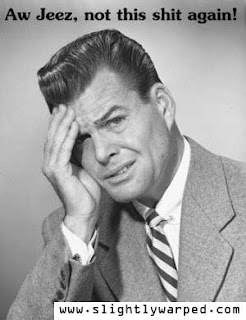 A person of normal intelligence might think that the whole kerfluffle had been put to rest by the long-demanded release of the President's  "long form" birth certificate, a document which I'll wager 99% of Americans never knew existed before the birthers asserted that that was the only proof they'd accept (except as it turns out, that didn't make them happy either). But if  you think that, you've forgotten one of the basic tenets of the right wing: if something fails miserably, then it's just because we didn't do it enough. If the economy tanked despite eight years of tax cuts under The President That Must Not Be Named, then the solution is clearly more tax cuts. If poorly regulated investment houses lost billions of their clients' money and/or failed to disclose risks to their clients, then clearly what we need is less regulation. And so on.

And so, apparently on the theory that that  birtherism failed because they just weren't crazy enough, it returns, this time in the presence of no less an august personage than The Honorable Ken Bennett,  Secretary of State of Arizona, a state which is apparently trying to supplant Florida as the nuttiest one in the Union. (I heard Dave Barry is thinking of relocating there because of the wealth of material). Mr. Bennett recently called up a deputy attorney general in Hawaii and requested "verification" of the President's birth record. After a few days (and, one imagines, a fair amount of eye-rolling), Deputy AG Jill Nagamine e-mailed Bennett back, apologizing for taking so long while pointedly noting that she had "been tied up with some legislative deadlines that take precedence." She then provided Bennett with the sort of links any half-bright person with access to Google could find, links to official websites that covered the whole issue. In short, Deputy Attorney General Nagamine told Bennett: "look, pal, I got a lot of stuff on my plate here, we've been over this a hundred times, look it up yourself." But politely.

Unable, apparently, to take a hint, Bennett e-mailed back, again requesting verification of the President's American birth. He did not, it should be noted, ask for a similar verification of the birth records of Millard Mitt Romney. Maybe Mitt had already given him one in person, since Bennett is the co-chair of Romney's campaign in Arizona. I'm sure that's  just a coincidence, right? 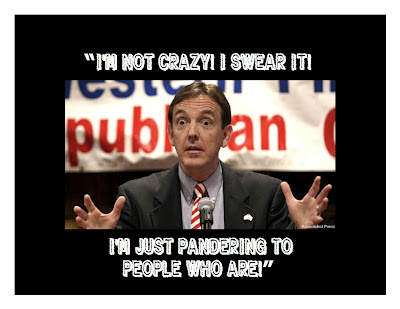 Nagamine's e-mailed response was a classic: she turned the tables and demanded verification that Bennett  was eligible to make the request. She also asked a slew of other questions, such as what list he was updating and  if he was asking any other candidate this information. He would also, of course, need to send verification of all of that.

Bennett sent back references to various Arizona statutes, which he claimed gave him the right.  Nagamine, displaying the sort of mulishness that would make a birther proud, said "nope, not good enough." (Politely). None of those cites, she said,  "establish the authority of the Secretary of State." But, she said, Hawaii  "stands willing to provide you with the verification you seek as soon as you are able to show that you are entitled to it."

Later that day, Bennett went on AM talk radio and suggested that, if Hawaii didn't do as he asked, President Obama may not appear on the Arizona ballot this year. Meanwhile, just to add in an extra dollop of lunacy, Maricopa County Sherriff Joe Arpaio  dispatched a deputy from his "threat unit" to Hawaii's Department of Health on the taxpayer's dime. Arpaio refused to identify the "threat" or to explain exactly why a division of the state government of Hawaii should do anything for a county Sheriff's deputy from another state except show him the door. Politely,  of course.

Finally, Bennett gave up and  pronounced himself satisfied that the President was, indeed, born in the USA and would appear on the ballot. That is, until the next opportunity arises for the right wing lunatic fringe to drag that poor dead horse out of the barn and flog him again. Because in the land of Wingnuttia,  if a dead horse won't run, it's because you didn't beat him hard enough.