Your Humble Columnist thanks the North Carolina Press Association for the First Place Award for "Serious Columns" in Division C (Community Papers with over 10,000 circulation).

They also had this to say: "Mr. Rhoades makes his columns seem effortless. Besides strong writing, narrative power, and clarity, he strikes a good balance between humor and biting criticism. So many good things to say about these entries; among them: they’re well paced, descriptive, effective. And so pleasurable to read as a journalist and as a reader."

This is the second win for me, since I also won in the same category in 2005. It's ironic--the column's intended to be humorous and I keep winning in "serious columns." The editors tell me it's the subject matter, not the tone that makes the determination. But I notice that, even though my fiction isn't intended to be humorous, I keep getting put on humor panels at conferences. Curious, that.

The column that won me the prize is here and here.

Thanks to Editor John Nagy for his support, for continuing to publish me every week despite the slings and arrows of the right wing goon squads,  and for dinner.
Posted by JD Rhoades at Friday, March 22, 2013 6 comments

Latest newspaper column (which, for some reason, doesn't appear on the website. No one else's Sunday column did, either....another glitch by The Pilot.

Geez, when did Bob Woodward turn into such a wimp?

You may remember Bob Woodward as the fellow who became a journalistic folk-hero when he, along with partner Carl Bernstein, broke a series of stories about skullduggery, dirty tricks, and outright criminality in the Nixon White House that become collectively known as the “Watergate Scandal,” and which eventually led to the resignation of a President.

Since then, Woodward has released several books, some of them quite interesting, like “The Brethren”, his inside look at the Supreme Court, and “The Commanders,” an account of the prelude to the first Gulf War. He’s also written some that, to put it as politely as possible, strain the credulity of the reader. Books like “Veil,” in which he claimed that CIA director William Casey dramatically confessed his knowledge of the Iran-Contra scandal to Woodward himself on his deathbed. Or “The Agenda,” which opens with a description of a conversation between Bill and Hillary Clinton. In bed. Just the two of them. Perhaps Woodward was hiding underneath the bed. Reading Woodward in the past few years has usually led to a lot of eye-rolling and “yeah, rights” on my part, and the occasional book chucked across the room in disgust.

Recently, however, Woodward’s attention-seeking made him a bit of a laughingstock. At issue was an op-ed Woodward had written in which he claimed that the Obama administration was “moving the goal posts” in sequester negotiations by asking for additional tax revenue as part of the deal. Woodward went on Wolf Blitzer’s TV show and intimated that he’d been threatened by White House aide Gene Sperling. “They were not happy at all,” Woodward said. “It was said very clearly, 'You will regret doing this.'"

Later, in an interview with Politico, “Woodward repeated the last sentence, making clear he saw it as a veiled threat… ‘Come on,’ he said. ‘I think if Obama himself saw the way they're dealing with some of this, he would say, 'Whoa, we don't tell any reporter that you're going to regret challenging us.’"

This made Woodward a hero to the right, since they’re always ready for anything that will support one of their favorite bogus claims: that Obama and his people are “thugs.” 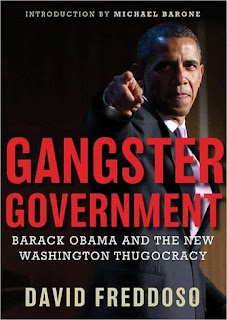 Woodward was even invited on Sean Hannity’s show for a round of “show us how the bad man threatened you.”

Unfortunately for Woodward, the White House released the full text of the exchange, starting with Sperling’s e-mail:

“Bob: I apologize for raising my voice in our conversation today. My bad. I do understand your problems with a couple of our statements in the fall — but feel on the other hand that you focus on a few specific trees that gives a very wrong perception of the forest. But perhaps we will just not see eye to eye here. But I do truly believe you should rethink your comment about saying that Potus asking for revenues is moving the goal post. I know you may not believe this, but as a friend, I think you will regret staking out that claim.”

Wow. “I apologize for raising my voice”? “My bad?” “Perhaps we won’t see eye to eye?” Terrifying. This Sperling guy’s a regular Tony Soprano. 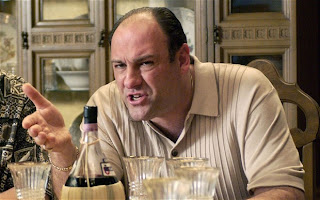 
Woodward’s response indicated that he knew there was no threat: “Gene, You do not ever have to apologize to me…I for one welcome a little heat; there should more given the importance.”

Merriment ensued among the DC press corps. “Hezbollah is intimidating,” Jeffery Goldberg of The Atlantic wrote on Twitter. “‘I think you will regret staking out that claim’ is not intimidating.” Even conservatives had to admit that, in the words of the Daily Caller’s Matt Lewis, “we were played.” Eric Ericson of RedState ruefully admitted that he’d “moved into the ‘not a threat’ camp.”

I remember back in the day when journalists had some cojones. In the summer of 1972, a pair of reporters discovered that the Nixon White House had a secret slush fund controlled by Attorney General John Mitchell. Katharine Graham, who was at the time the publisher of the Washington Post, discusses in her autobiography what happened when they called Mitchell for comment:

“After [one of the reporters] read him the first two paragraphs, Mitchell interrupted, still screaming, "All that crap, you're putting it in the paper? It's all been denied. Katie Graham is gonna get her [vulgar expletive for a female body part] caught in a big fat wringer if that's published."

That, by golly, is a threat. “As a friend, I think you may come to regret that,” doesn’t even come close. You’d think that, since one of the aforementioned journalists was Bob Woodward himself, he’d know the difference. But since those glory days, Woodward’s become one of the Beltway Insiders, a fading fabulist looking for attention, desperately trying to reclaim former cachet, and not above a little right-wing style drama-queenery and fake victimhood to get it. Or maybe time really has rendered him that gutless. Either way, it’s sad.