New for Kindle and Nook: "The Caretaker." Two short stories from the graveyard, just in time for Hallowe'en!

In "The Caretaker," William Cain doesn't know why only he can see the new arrivals in his cemetery, or why they tell him their stories--but he knows how to take care of their unfinished business. "Spadework" is a previously published tale of a father's revenge.

We'd Get Jail Time If We Tried This

OK, listen up and I’ll tell you what happened.
Citibank is the giant consumer-banking arm of an amazingly, colossally gargantuan financial company called Citigroup.

And they don’t just make their money by charging you confusing and ridiculous fees for using your own money and by issuing credit cards with interest rates that would shame a Mafia loan shark; they also offer “investment services.” Among the investments they peddle are what are called CDOs, which is short for “Collateralized Debt Obligations.” Sounds impressive, doesn’t it?
Simply put, a CDO is a big ol’ bundle of debts. If you buy a CDO, you get paid when the debts do. If a whole bunch of the debts go into default and never get paid, neither do you.
So what Citibank did is offer a whole bunch of these CDOs to investors, telling those investors that the packages had been put together by an impressive-sounding outfit called “Credit Suisse Alternative Capital.”
How could this possibly go wrong? The people picking the investments in the bundle certainly sounded impressive; they had “Swiss” right in the name, and we all know how good the Swiss are with money, right?

Well, no. The CDOs, as it turns out, were backed by those infamous “subprime” mortgages. They were, in fact, crap. When mortgages started defaulting all over, the CDOs they were backing collapsed. Investors lost millions. Citibank, along with several other financial institutions, had to be bailed out by the U.S. government.
They did eventually pay their government loans back in full. So all’s well that ends well, right? Too bad about the people who bought all those bad CDOs, but who could have known they’d be duds?
Well, as it turns out, Citibank knew.
According to documents filed by the Securities and Exchange Commission, it wasn’t Credit Suisse that had had the major hand in picking the lousy investments that backed the CDOs; it was Citibank itself. And they knew the investments they were peddling weren’t as solid as they made them out to be.
In fact, they were so dubious about the products they were selling that they took what are called “short positions” on them in other financial markets. In essence, they bet on their own investments to fail. And when they did, Citibank got paid anyway. In the immortal words of Jerry Reed, Citibank got the gold mine while its customers got the shaft.
Now, imagine if you will that I’d sold you some impressive-looking papers that I swore were bonds that were going to make you wealthy. I even brought out a bearded guy with a tweed coat and a pipe who told you he was a famous economist and that he’d pronounced the investments sound.
But the so-called “bonds” were actually just something I’d printed up on my computer, backed up by a lot of junk from my storage shed. The “economist” was some old dude I’d paid to say any nonsense I told him to. 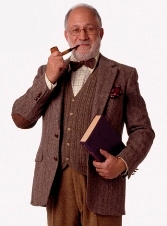 Meanwhile, I’d gone and placed a bet that I could bankrupt you.
For you and me, that sort of con game would be a felony. No one from Citibank, however, is going to jail. The company, without admitting any wrongdoing whatsoever, agreed to pay a fine of $285 million. This seems like a lot of money, until you consider that Citibank reported, according to its own website, net income of $3.8 billion [with a “b”] in the third quarter of 2011 alone.
And that, my friends, is one very big reason why people are in the streets, not only on Wall Street and in Times Square, but across the world. They’re sick of the fact that no one, whoever’s in power, seems to be willing to hold these mega-banks to the same standards as you or me when they rip people off.
And yes, I include the Obama administration in that. While they’ve made some attempts at financial reform, they haven’t been nearly as vigorous about it as I’d like. Of course, “as vigorous as I’d like” would include public floggings and the placing of bank executives into the stocks to be pelted with offal, so I don’t think I’ll ever be completely happy with anyone.

But the point is this: If reading about Citibank’s shenanigans and the resultant slap on the wrist ticks you off, then you may have more in common with the “Occupy Wall Street” movement than you think.
Posted by JD Rhoades at Sunday, October 23, 2011 7 comments