The Congresswoman From Crazytown, Redux

U.S. Constitution: "[An] Enumeration shall be made within three Years after the first Meeting of the Congress of the United States, and within every subsequent Term of ten Years, in such Manner as they shall by Law direct."

Rep. Michelle Bachman, (R-Pluto): "If we look at American history, between 1942 and 1947, the data that was collected by the census bureau was handed over to the FBI and other organizations, at the request of President Roosevelt, and that’s how the Japanese were rounded up and put into the internment camps. I’m not saying that’s what the Administration is planning to do. But I am saying that private, personal information that was given to the census bureau in the 1940s was used against Americans to round them up."

Rep. Bachmann indicated, as she had before, that she does not intend to answer questions on the Census.

This raises so many questions:

(2) Did Rep. Bachmann refuse to answer the last Census? Or is it only censuses conducted under Democratic administrations that cause Bachmann to put on the tinfoil hat? Is the census, like everything else the wingnuts abhor, OKIYAR?

(3) Since a US Representative, I assume, takes an oath to uphold the U.S. Constitution, and, since the Census is mandated by that Constitution, shouldn't Rep. Bachmann step down if she intends to resist the Census?

(5) Just how crazy does this woman have to act before Minnesota's had enough?
Posted by JD Rhoades at Thursday, June 25, 2009 7 comments

Quotes of the Day

"The bottom line, though, is he still lied. He lied under a different oath, and that is the oath to his wife. So it’s got to be taken very, very seriously.”

“I think it would be much better for the country and for him personally (to resign). I come from the business side. If you had a chairman or president in the business world facing these allegations, he’d be gone.”
-SC Governor Mark Sanford, speaking in 1998 of Bill Clinton.

"I've been unfaithful to my wife."
-Mark Sanford today, after his office originally said he was absent from the state while hiking the Appalachian Trail.

"I'm not sure that marriage can stand up to more Republican defense. Thank Jebus they stopped defending democracy".
-Christopher Moore

By the way, before anyone starts yelping about John Edwards, would they be kind enough to supply a quote by Edwards that's anything like the first two provided above? Thanks.
Posted by JD Rhoades at Wednesday, June 24, 2009 8 comments 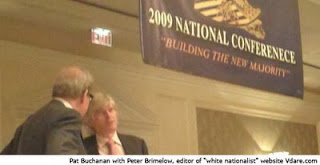 Maybe that's why they're so terrified of the idea of people speaking Spanish: they haven't really mastered English yet.
Posted by JD Rhoades at Monday, June 22, 2009 7 comments

Fatherhood Is Not For Wimps

On such a day, of course, I think of my own dad, and I'd like to take this opportunity to thank him for all the things he's done and for putting up with me for as long as he has.

Father's Day, however, also makes me reflect on the 17-plus years that I've been a father.

I look back on the births of my son and my daughter, and I can't help but think, "Dear Lord, whatever made me think I was qualified for this?" I was so not ready. But I like to think I've learned a few things over the years. And because I am, at heart, an educator, I'll share some of those lessons with you new fathers out there.

Modern parenting theory requires that the father ­actually be present in the delivery room at the time of birth. It does not, however, allow the father to bring a fifth of whiskey into the room with him. It's unfair, but it's not the most unfair thing you'll experience as a father.

Just keep one thing in mind: If something is going on with your significant other and the doctor tells you "don't look," DON'T LOOK. There are things that go on in a delivery room that make "Kill Bill" look like "Heidi."

A baby can cry at an impressive volume for an even more impressive time. This will cause you, at some point, to consider throwing said child out the window. This desire is normal. I'm not saying it's OK to do it, mind you, but don't think you're a freak for feeling it.

Here's a trick you may want to try: Put the ­little tyke in his or her car seat, then put the car seat on top of the dryer while it's running. It's like taking them for a ride in the car (another thing that always seems to calm the little ­shriekers down), but you don't waste as much gas and you don't run the risk of being pulled over in your pajamas at 3 o'clock in the morning. But be careful and keep your eye on the seat so it doesn't vibrate off the dryer. Those things supposedly can withstand quite an impact, but there's no need to test it out.

If you're asked to go get an infant up in the morning to take him somewhere, such as day care, it's probably best that you not suddenly pick said infant up out of the crib, hold him at arms length and say in a loud voice, "It's time to get up!" It's pretty funny until he starts screaming, which is, unfortunately, almost instantly.

That last piece of advice, by the way, was inserted at the insistence of my wife, who apparently intends to never let me live that particular incident down.

The larger lesson to be learned here is that babies and grownups don't think the same things are funny. I'm only mildly amused by jingling keys; a baby thinks they're funnier than Jay Leno, The Three Stooges and the Marx Brothers combined.

For a toddler, sugar equals crack. Trust me on this. Look at the signs of crack cocaine use: Excitability, rapid speech, agitation, ­aggression, dilated pupils.Then give a 3-year-old a chocolate bar. See if you don't agree. If you wouldn't give a kid a pipe and a rock in a particular situation, you should seriously ­consider not giving him or her candy in the same situation.

There's an old adage that you can determine the collective IQ of a group by taking the IQ of the stupidest member of the group and ­dividing it by the number of people in the group. Nowhere is this more apparent than in a group of boys. But, God, they can be funny.

Which leads us to the No. 1 lesson fatherhood has taught me: Keep your sense of humor. Believe me, you're going to need it.

And enjoy the day.