Gaah. What a depressing couple of weeks it’s been. Strife and tragedy in your face every time you turn on your TV. Soul-sucking heat and humidity, day after day, with no predicted end in sight.
It’s enough to make you succumb to despair. Isn’t there anything stupidly fun out there to take our minds off this?
Yes, there is. My friends. I bring you the newest viral craze sweeping the nation: Pokemon Go.
In case you haven’t heard yet, Pokemon Go is a game you can download to your smartphone. It’s based on a series of video games in which the player collects Pokemon (Japanese slang for “pocket monsters”), which are cute little critters with various powers (electric shock, poison darts, etc.).
Once you have a few, you can pit them against other players’ Pokemon. The original game has been huge for years, with people snapping up new versions the moment they come out. 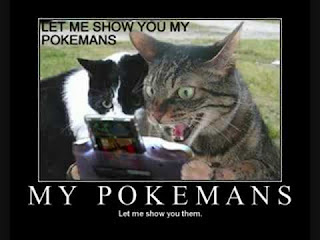 There’s also, of course, a huge merchandising empire around the game, selling clothes, bookbags, etc., emblazoned with the various critters and symbols of the game.
Oh, yes, and there was a cartoon series, with a theme (“Gotta Catch ’Em All”), which is tremendously grating, even by the standards of cartoon themes.
Well, Pokemon Go (hereinafter referred to as PG) takes that game and uses your smartphone to overlay it onto the real world.
See, your phone, in order to work properly, needs to figure out where it is, which it does by using the signal from local cellphone towers. This is what makes the navigation/maps function work.
Well, the game, once you download it, figures out where you are and populates the local landscape with Pokemon, which can be “observed” through images inserted into your phone’s camera.
So players walk around, looking at the phone screen, hoping to spot a Charmander or Ratata or Squirtle or one of their kin, which can then be “bagged” and added to your collection. 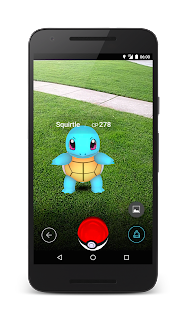 It’s kind of a genius idea, really, and you can see the potential for all sorts of treasure hunt games.
But the initial rollout has not been without its hiccups.
For example, the Holocaust Museum in Washington, D.C., is asking that the game designers and players not “place” Pokemon inside its walls, after players discovered that one could capture a Pokemon called a “Koffing” there.
This was particularly unfortunate, because the Koffing’s power is to attack with poison gas. Placing one of those inside the Holocaust Museum was either the result of total cluelessness or extreme bad taste. Either way, someone at PG HQ may lose his job over that.
One luckless young fellow discovered that an app that records where you’ve been can be a bit of a problem when his girlfriend opened the game on his phone and discovered that he’d caught a creature called a “Zubat”—inside his ex-girlfriend’s apartment. One wonders, as the girlfriend undoubtedly did, what else the luckless Pokemon “trainer” was catching.
One also wonders how a guy who spends this much time playing a game where you chase cartoon monsters across the landscape manages to get not just one, but two girlfriends.
But it’s not all bad. Another player tells the story of how, one night when he couldn’t sleep, he went out into the hushed and darkened streets to hunt. As he was wandering around, head down over his phone, he heard a call of “Yo, man,” out of the darkness. He turned around and saw what he describes as “two sketchy looking dudes” on a park bench. As the man nervously approached, one of the men gestured and said, “Check by the blue truck, my man. We found an Onyx earlier.”
Sure enough, he was able to catch the Onyx, after which he and the two guys started talking about the game.
Then a police officer showed up, suspicious at the sight of “two 20-something black dudes and a 40-something white man” in the park at 3 a.m. I’m sure you can see how this could easily have turned into a bad situation. Once the new friends explained what was going on, however, the intrigued young cop was downloading the game on his own phone and asking them how to get started playing.
So it seems that the game, like any new technology, has the potential to push people apart, but also to bring them together.
I’m sorely tempted to download the thing myself and try it out, but let’s face it, I have enough addictions as it is. If you do decide to play, however, do be careful and try not to walk into traffic as you “try to catch ’em all,” OK? Let’s be careful out there in this brave new world.
Posted by JD Rhoades at Sunday, July 17, 2016 0 comments