You Got Punk'd, America

Well, he's gone and done it, just like I expected. This past week, King George granted a boon to one of his loyal henchmen when he let I. Lewis "Scooter" Libby out of his jail sentence.

It shouldn't have come as a complete surprise. As my friend Phoebe pointed out, President Bush did say, when the Plamegate scandal broke, "If [a] person has violated law, that person will be taken care of." Scooter broke the law, and Dubbya sure is taking care of him.

To be completely accurate, Dubbya let the jury's finding of guilt stand, along with the $250,000 fine. What he overruled was the sentence which he characterized as "excessive," even though the sentence was within the federal sentencing guidelines.

Now if Dubbya wants to make a case that those guidelines are too harsh, he'll get no argument from me. But apparently they're too harsh only if you're a Bush crony.

See, it appears that Republicans, despite all their tough guy talk, are some kind of delicate flowers who just can't take it when things get rough. I base this in part on the sentiments expressed by people who took exception to my last column on Scooter because -- oh, the horror! -- I called poor Mr. Libby names! These people apparently have no trouble with people saying harsh things about Democrats, such as calling John Edwards a "faggot" or referring to Hillary Clinton as "Hitlery."

You never hear these Guardians of Decency speaking out against that sort of thing. Therefore, one can only assume that they believe Democrats are tougher and can take more abuse. Q.E.D.

I mean, think about it. Martha Stewart was convicted of pretty much the same thing Scooter was -- lying to investigators -- and she did her time. And Martha took it like a man, by golly, including all the cruel jokes from satirists and late-night television hosts. And the Bushistas never said a mumblin' word about that.

Didn't see all the Agony Aunts rushing to defend "poor Martha" then.

As for Marc Rich, whose pardon by Bill Clinton is being faithfully trotted out as a talking point by the usual gang of right wingnut talking heads, let's not forget that the Republican Congress appointed not one, but two prosecutors to investigate that action. Sen. Arlen Specter (R-Pluto) asserted, presumably with a straight face, that his legal research showed that Clinton could be impeached again for the Rich pardon even after he left office.

Think we'll see the Republicans calling for investigations of this? If so, would you like to buy a golf course? I'll sell you Pinehurst No. 2, cheap. (I'd offer the Brooklyn Bridge, but it's already under contract to a guy who thinks Fox News is actually "Fair and Balanced.")

Oh, and Rich's attorney at the time? Scooter Libby. The ironies just mount up.

Bush may be thinking, hey, what have I got to lose? The 28 percent or so of Americans polled who still support him -- aka the Bush Cult -- would continue to do so even if their dear leader killed and devoured a litter of kittens raw on live television from the Rose Garden.

As long as his Wacky Iraqi Adventure continues, he's never going to get the other 72 percent back. It used to be he could drum up support by threatening another impending terrorist attack, but that's starting to wear thin, and if there actually was another 9/11 level strike on our shores, someone would eventually point out that "hey, we haven't had a terrorist attack on our soil since we decided to ignore the Constitution" was about the last "accomplishment" the Bushistas had to point to.

So, with no real way to go any lower in the polls, Dubbya decided to take steps to ensure the silence of one guy who could roll over on him and Darth Cheney.

Think about it. If Bush pardoned Scooter, he'd lose the protection of the Fifth Amendment, and he could be compelled to talk about what went on in the Dark Tower -- sorry, the White House. If Scooter went to prison, there'd be the risk he could decide to talk willingly in hopes of getting clemency.

The fine will no doubt be paid by rich Republican supporters who've been filling the coffers of Libby's defense fund. And the appeals go on, so Libby can still take the Fifth.

Think Progress: Professor retracts Mr. Rogers smears.: Yesterday, ThinkProgress noted that Fox News was participating in an effort to “blame Mr. Rogers” for the “sense of entitlement” among some children today. The criticism of Mr. Rogers stemmed from Don Chance, a finance professor at Louisiana State University. Chance later contacted Fox News to issue a statement retracting his attacks:

"The reference to Mr. Rogers was just a metaphor. I have no professional qualifications to evaluate the real problems or propose solutions. Mr. Rogers was a great American. I watched him with my children and wouldn’t hesitate to do so again if I had young children."
Let that be a lesson to you, Perfesser:

And three, as we are reminded here by Schoolhouse Rock, is a magic number.

By making them feel "special, even though they didn't deserve it".

Just when you think these people can't go any lower, they hit rock bottom....and start to dig.
Posted by JD Rhoades at Friday, July 06, 2007 3 comments

."..the slam-bang action is unrelenting, and that sound you hear is the rustle of pages turning." Kirkus Reviews, on SAFE AND SOUND
Posted by JD Rhoades at Friday, July 06, 2007 0 comments

Till the release of SAFE AND SOUND.

You might want to pre-order now. Lines are expected to be long. And rowdy.
Posted by JD Rhoades at Thursday, July 05, 2007 0 comments

“Whenever the people are well informed, they can be trusted with their own government; that whenever things get so far wrong as to attract their notice, they may be relied on to set them to rights.”
-Thomas Jefferson

"There is a New America every morning when we wake up. It is upon us whether we will it or not."
-Adlai Stevenson

“What the people want is very simple - they want an America as good as its promise.”
-Barbara Jordan

"There is nothing wrong with America that cannot be cured by what is right with America."
-William Jefferson Clinton

On A Happier Note...

January Magazine reviewer Anthony Rainone gives a thumbs up to SAFE AND SOUND:

Email ThisBlogThis!Share to TwitterShare to FacebookShare to Pinterest
Labels: reviews, safe and sound

Bush to Rule of Law: Fuck You. 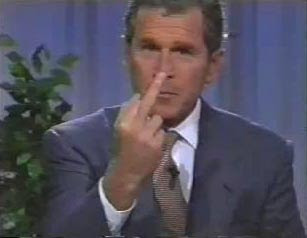 President Bush today commuted the prison sentence of I. Lewis 'Scooter' Libby, Vice President Cheney's former chief of staff, sparing him the 30-month term to which he was sentenced last month for lying to federal investigators about his role in the White House leak of a CIA officer's identity.

Hey, what has he got to lose? The 28 percent or so who still support him wouldn't care if Dubbya raped a small child, gutted it, and ate it raw on the White House lawn. And the rest of the American people already hate his guts. So why not free Scooter from the threat of jail and give the big middle finger to everyone who'd point out the gross obstruction of justice here?

Because here's the thing: If Bush pardoned Scooter, he'd lose the protection of the Fifth Amendment and he could be compelled to talk about what went on in the Dark Tower...sorry, the White House. If Scooter went to prison, there'd be the risk he could decide to talk willingly. The fine will no doubt be paid by rich Republican supporters who've been filling the coffers of Libby's defense fund. And the appeals go on, so Libby can still take the Fifth.

You got punk'd, America.

National "Bring Them On" Day

Dubbya celebrated this anniversary by going fishing. And he managed to fuck that up, too.

They dropped the anchor to fish less than 100 feet from shore at Biddleford, Maine, but when they decided to leave, they couldn't, according to an Associated Press photographer who took pictures of the incident.

A fishing guide along on the trip tried unsuccessfully to pull up the heavy anchor.

Soon after, a member of the president's security detail called divers aboard a Secret Service boat that had been following behind.

The anchor was untied, and the elder Bush backed his boat, a blue-and-white craft named Fidelity III, out of the way. After a diver dove down into the chilly water, the president, nonchalantly, resumed fishing.

But he had time to cast his line just a few times. Within minutes, the diver surfaced with the anchor in hand.

How are YOU celebrating "Bring Them On" Day? 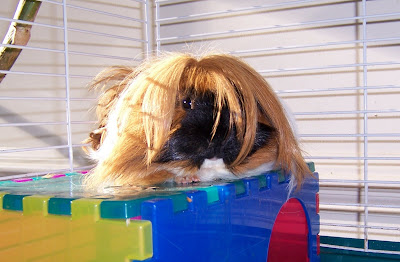 Farewell little friend, you will be missed.
Posted by JD Rhoades at Sunday, July 01, 2007 3 comments