Giuliani: The Law and Order Candidate 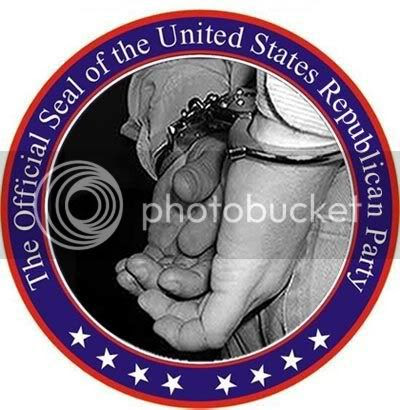 You remember Rudy: the guy who wants to do to America what his cops did to Abner Louima.

And on the Dem side we have...William Jefferson, Indicted.

For starters, in eight years as governor, Taft failed to do what all governors of Ohio did before him:

Second, in terms of convictions, he was busted for the ethics equivalent of a parking ticket.

Now, if ya really want some great freakin' entertainment out of Bob Taft, ask him about how your state, too, can invest its worker comp fund in rare coins.

Which, I believe, is the type of investment you usually hear guys like JJ Walker and Ron "Horshack" Pallilo mention when answeting the question, "So where'd all your money go?"

Then again, he is the grandson of the most reluctant president in US history.

But mostly, Bob is boring. Even his criminal record is boring. Nixon is spinning in his grave going "Come on! A fifth rate burglary, at least. Make a fucking effort! Stupid Yale guys."