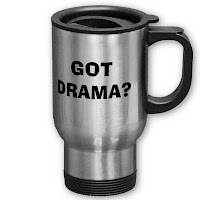 Latest Newspaper column, as it was originally written before the weak sisters at The Pilot apparently decided I was being too mean to poor Michelle Malkin, Sarah Failin' the Resigning Woman, and Blubberin' Glenn Beck.

A “referendum on Barack Obama". A "bellwether" of how the elections of 2010 and 21012 were going to go. That was the prevailing narrative in the so-called "liberal" media right before this past week's off-year elections.

Among those supposedly "bellwether" elections was the special election in New York's 23d District, which pitted Republican state assemblywoman Dede Scozzafava against Democrat Bill Owens. Scozzafava, however, wasn't nearly ideologically pure enough for the angry, bitter, sky-is-falling wing of the GOP.  Fox news-harpy Michelle Malkin repeatedly referred to Scozzafava as a "radical leftist." Malkin, wingnut pinup girl Sarah Palin,  and Cryin' Glenn Beck came out strongly in favor of a third party candidate, Doug Hoffman, who doesn't even live in the district. When Newt Gingrich tried to reason with the raging right wingers, Malkin, showing the same kind of party solidarity you'd expect from a rabid Shih Tzu,  turned on him. "Perhaps it is time to go your own way, with Al Sharpton and Nancy Pelosi," Malkin sneered at Gingrich. The wingnut attacks got so vicious that Scozzafava eventually dropped out of the race--and endorsed Owens.

Meanwhile, in New Jersey, the battle for the governorship was waged between a Democrat, incumbent John Corzine, who apparently was about as popular in New Jersey as the swine flu, and whose campaign message seemed to be mostly centered around allegations that his Republican opponent, Chris Christie, is fat. In Virginia, Republican Bob McDonnell vied with Democrat Creigh Deeds, who ran a ham-fisted campaign that made John McCain's desperate floundering look positively Machiavellian in comparison.

By Wednesday morning, the results were in: Republicans won the governorships in New Jersey and Virginia, but Bill Owens was the first Democratic House member from NY-23 since the Civil War.

You'd think that these would be reported as, at best, mixed results. But you'd be wrong. "Republican wins deal blow to Obama," blared the supposedly 'liberal" MSNBC.com, claiming that winning two governorships "inflicted a double blow on President Barack Obama's Democratic Party". They went on to say: "The Republican victories Tuesday in Virginia and New Jersey are a setback for Obama as he struggles to overhaul the U.S. health care system, win passage of climate change legislation, and build political support for his handling of the war in Afghanistan." Because, after all, the governors of New Jersey and Virginia have so much influence on those issues.

Meanwhile, a Democratic win in a district that hasn't elected a Democrat since the 19th century, one in which stars of the wingnuttosphere threw their weight behind a teabagger third party candidate and drove the Republican nominee out of the race for being too liberal, one in which Barack Obama gave his endorsement to the Democrat who eventually won...not such a big deal.

In short, the so-called “liberal” media hyped this as a huge test of the popularity of the Obama administration, then blew off the Democratic win, one that, lest we forget, increased the Democratic majority in the House of Representatives. They chose instead to gush over Republican wins that stand to have little or no effect on President Obama's national agenda.

Yeah, those are some liberal media, you betcha.

Not that I'm saying the media are conservative. No, the problem with 21st century "news" as it's practiced by the so-called "serious" journalists is that it's not about liberalism or conservatism any more.  It's about drama. It was foreordained that the media was going to spin this as a huge challenge to the President who's been in office for less than a year. Because otherwise, the off-year election would be like most off-year elections: boring. And they hate boring. That's why the gun-toting Tea Party nuts and birther loons get so much coverage. They may not make much sense, but look how colorful they are! Look, a Nazi flag! Hey, does that one have a gun? Let's go see what pearls of wisdom he has to offer!"  By the same token, "Huge setback for Obama! Can he ever recover? Who will save us now!?" is a much more sexy narrative than "things are really complicated right now." So guess which story gets told?

With its predetermined narratives, nutty characters, and obsession with gaudy trash talking, modern journalism is becoming harder and harder to distinguish from professional wrestling.

God help us all.

UPDATE: several days later, it suddenly dawns on the NYT that Tuesday might not have been such great news for the Republicans after all.
Posted by JD Rhoades at Saturday, November 07, 2009

I've quit watching national news on commercial networks -- go with either Jim Lehrer on PBS, or stick with print. Like you say, it's drama, not news.

Sadly, 'drama' is the order of the day in the news on this side of the Atlantic too... even on the more hard-hitting programmes like Channel 4 News :(

At least we still have The Daily Show to tell us what's really going on... :)

At least we still have The Daily Show to tell us what's really going on... :)

I've gotten so used to saying "SNL Sucks" over the years that it's hard to wrap my head around the idea that it's actually gotten good again, even after Tina Fey's great Palin spoofs.

But I stand by my position that Fred Armisen's Obama imitation is terrible. He should have modeled Chevy Chase's Ford or even Amy Poehler's Hillary and not even tried to make the voice sound the same.

Which was terrible, his performance or the message?

I thought it was hilarious ... and accurate.

His performance. Obama should be easy to imitate and Armisen completely blows it.

Completely agree with you about the media. Can't watch the news at all any more - not local, not national, not CNN or MSNBC or Fox.

For current affairs, I like Vanity Fair and sometimes Rolling Stone, if I can get past the cover and the reporting about music I don't understand ;-)

Unfortunately, I don't think we get SNL on any channel here in the UK... come to think of it, no one has picked up The Colbert Report either... a shame... :(

One of the benefits of having many online friends, though, is that you often get several sources and/or slants on the same news story, which helps some of the time. :)